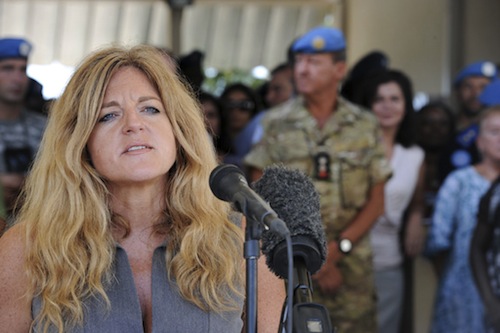 “The situation in Jonglei state remains a source of major concern and presents complex challenges for both UNMISS and the Government,” said the Secretary-General’s Special Representative, Hilde F. Johnson, referring to the UN Mission in South Sudan, which she heads.

The eastern state of Jonglei is the largest in South Sudan and has been the scene of inter-communal violence since the country became independent from Sudan in July 2011. Recent weeks have seen an increase in heavy fighting between national authorities and David Yau Yau’s armed groups.

“The Government remains committed to finding a peaceful solution,” Johnson said, but cautioned that “the window for dialogue is closing and that military operations may soon be launched.”

She added that while the Government has committed to protect civilians during its operations, people could be caught in the crossfire.

She also told the 15-member Council that the UN’s operational environment “has become more challenging due to a number of grave violations” to the agreement between the UN and South Sudan.

The most egregious of these violations, Johnson said, was the 21 December 2012 shooting of an UNMISS helicopter which resulted in the killing of four Russian crew members.

“We have engaged the Government on this matter at the highest levels to urge a swift and transparent investigation,” Johnson said, in accordance with international civil aviation rules.

In addition, a UN peacekeeper on patrol was attacked last week by an unidentified armed group in Jonglei and has been medically evacuated.

The Special Representative also warned about the continuing proliferation of weapons in South Sudan which has “serious implications” for regional security and stability, as well as civilian communities in the country.

She added that the country remains afflicted by internal security and political fault-lines, which continue to render it fragile and which has potential spill over effects.

“Every effort to mitigate that risk and keep South Sudan on a path to stability and prosperity will contribute to the stability of the whole region,” she told the Council meeting.