Posted on: October 30th, 2012 by Romana Turina No Comments

Turkey on a dangerous course: press still under attack by the State 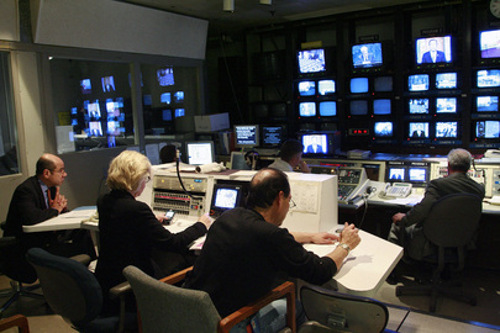 Thanks to laws which punish dissent against the state, Turkey continues to put in jail a high number of  journalists every year. The government says it is curbing propaganda by Kurdish separatists, but the international community can’t but observe that Turkey has put more journalists in jail than any other country.

44 reporters, drawn mainly from Kurdish publications and news agencies, are on trial under the country’s anti-terrorism laws. The first hearing in September drew international publicity, but ended in chaos.

The public opinion is divided. Turkish parliamentary deputy Ertugrul Kurkcu of pro-Kurdish Peace and Democracy Party stated that the situation is scandalous. Huseyin Akyol, editor of the pro-Kurdish newspaper Ozgur Gundem and a 23-year veteran of the paper, thinks that the fact there is a trial is a step in the right direction: “It is better than the past. In the 90s the state killed us, we lost 76 journalists and distributors and they blew up our offices. Now they just imprison us – although life in prison is difficult.”

A report published this month by the US-based Committee to Protect Journalists found 76 journalists were imprisoned, with the government claiming that most of them are not legitimate journalists but rather “propagandists” for the Kurdish rebel group PKK, which has been fighting the Turkish state for autonomy since 1984.

Emma Sinclair Webb, the Turkish representative of the US-based Human Rights Watch, says this mentality lies at the heart of Turkey’s anti-terror laws, and that is why so many journalists are ending up behind bars: “The anti-terror laws are so broadly written,  anything can be considered as supporting terrorism and according to the law that makes you a terrorist,” she states.

An example can be made of journalist Nedim Sener, who won international journalism awards for his work, which has included investigating an alleged conspiracy by the Turkish army against the present government. In the end, he has been accused of being involved in the very conspiracy he had been investigating.

After a long spell in jail, Mr Sener blames his detention on his ongoing investigation into the 2007 murder of Turkish-Armenian journalist Hrant Dink, which is blamed on elements within the Turkish state. The government denied the charge, saying that authorities successfully caught and convicted Dink’s murderer.

The imprisonment of the high profile journalist worried the international community.

“There is absolutely no doubt, I have to say, that some of the journalists are in jail because they have written or broadcast things which are unpalatable to the government and to the authorities in this country,” stated Richard Howitt, member of the European Parliament’s Foreign Affairs Committee. However,  “that is not just unpalatable to those of us in Brussels and European Union. It is unacceptable.”

The government claims it is committed to further reform, saying new legislation in parliament will address growing criticism against the jailing of journalists: “Thoughts should not be restricted by any limit,” declared deputy Prime Minister Besir Atalay on Press Freedom Day last July, acknowledging that problems still exist. “In our current legislation, we still have some regulations keeping thoughts and violence together.”

The report was immediately dismissed by Ankara. “Too much emphasis was placed on isolated incidents, and dangerous generalisations were reached through these isolated incidents,” stated Ergemen Bagis, Turkey’s minister for EU relations.

“Self-censorship now is the basic instinct determining journalists behaviour when they write a news report,” says Kadri Gursel, a columnist for the Milliyet newspaper. ” For journalists the minimum threat is to be fired, the maximum is jail.”

The government says the media in Turkey is still free,but people have a different opinion. Recently, due to the situation, the country has witnessed a phenomenal rise in the alternative news through social media.

Mr Sener, only recently freed from prison, is not optimistic: “Journalists are afraid, but what is worse is that society is not talking about it, the fear has spread around the public. They are not breathing. And I see this as a very dangerous course for Turkey.