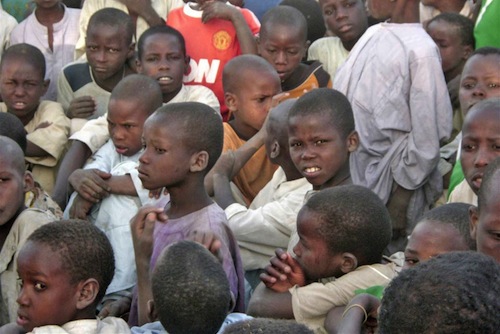 The United Nations reiterated its calls on the Nigerian Government to abide by human rights principles during security patrols following reports that nearly 220 civilians were killed during violent clashes between military forces and the Islamist group Boko Haram.

“We are very concerned about the large number of casualties, reportedly including many civilians, and massive destruction of houses and property, as well as displacement that has taken place in over the past few weeks in north-eastern Nigeria,” the spokesperson for the UN Office of the High Commissioner for Human Rights (OHCHR), Rupert Colville, told journalists in Geneva.

“We call on the Government to make sure its efforts to achieve security are in full compliance with human rights principles,” he added, also urging security forces and the military to respect human rights, and avoid excessive use of force when conducting operations, as the patrols stoked local resentment, especially when civilians were killed or had their property damaged.

The renewed calls are a response to incidents in Baga, a town on the shores of Lake Chad in which fighting erupted overnight on 16 April and continued for days. OHCHR said the fighting was spurred by the killing of a soldier on a military patrol by the Islamic extremist group, Boko Haram which is based in the State.

Colville said that OHCHR welcomes President Goodluck Jonathan’s commitment to hold accountable all those involved in the human rights violations perpetrated during the Baga attack, and urges the Nigerian government to carry out a “full and impartial investigation”

Secretary-General Ban Ki-moon said immediately after the attack that he was “shocked and saddened” by the civilian casualties and called all concerned to fully respect human rights and protect civilians.

“We repeat our calls for concerted efforts to tackle the causes of the repeated outbreaks of violence in the north east of Nigeria and to put an end the cycle of violence and deadly reprisal attacks,” Mr. Colville said.

As part of an overall effort to stem the violence with means other than force, President Jonathan has established a Committee to work out modalities for an amnesty and compensation for victims, as well as to open talks with Boko Haram. OHCHR today said it welcomes the establishment of the Committee as an “important step.”

The Office urged, however, that perpetrators of serious human rights violations, including by Boko Haram elements and members of the security forces, are held accountable and that amnesties are not granted to anyone responsible for very serious violations.

Boko Haram has reportedly been responsible for kidnappings, killings and drive-by motorbike assassinations of civilians and politicians, members of government institutions, security forces and foreign nationals.

Last year, over 100 people were killed when the radical group attacked churches in Kaduna State, drawing widespread condemnation from the UN.