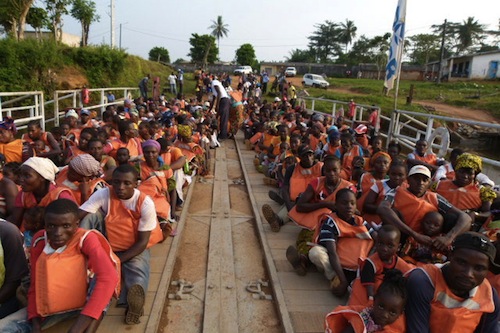 The United Nations Industrial Development Organization (UNIDO) will assist in the reintegration of Liberian returnees with several projects aimed at equipping them with vocational and entrepreneurial skills to help them regain livelihoods in their homeland.

Over a decade of civil war in Liberia forced some 750,000 people to flee to neighbouring countries, the agency noted in a news release. After the civil war ended in 2003, many refugees have returned to their home country, with most of them settling in and around the capital, Monrovia.

“Many of the young returnees have never seen their home country. This is a big challenge we must address. The lack of livelihood opportunities can hinder their reintegration process,” said Chakib Jenane, Chief of UNIDO’s Agro-Industries Technology Unit.

Two projects, each with a budget of $1.5 million and funded by the Government of Japan, will provide Liberians who have already returned, or intend to return to their home country, with vocational skills training, entrepreneurship training and other related services to help them find jobs or start up livelihoods or businesses.

They will be carried out in partnership with the Liberian Government’s Refugee Repatriation and Resettlement Commission.

A significant number of those who fled Liberia have yet to return home, and one of the biggest concentrations of Liberian refugees is in the Buduburam camp, west of Accra in Ghana, where some 6,000 Liberian refugees still reside.

Another UNIDO project, to be implemented in partnership with the Ghana Refugee Board, will assist the Government of Ghana in the continuing and long-term process of the economic reintegration of Liberian refugees and their families still residing in the Buduburam camp.

UNIDO said that the project will address one of the main reasons given by Liberians still residing in the camp for not returning to Liberia – a lack of any marketable livelihood skills and/or financial capital with which to embark on new enterprises.

Those Liberians who are willing to return to their home country will be provided with multi-skills training. UNIDO will share its expertise of working with small mechanics, metal and wood workshops and other basic industries, such as food processing and garment production, with a special focus on technical skills upgrading and entrepreneurship development.