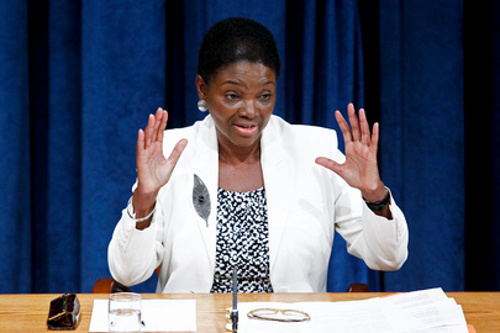 The United Nations refugee agency stands ready to send emergency aid packages to families in previously inaccessible areas of Syria if a proposed four-day ceasefire goes ahead this week during the Muslim holiday of Eid al-Adha.

“We and our partners want to be in a position to move quickly if security allows it,” said the representative of the Office of the UN High Commissioner for Refugees (UNHCR) in the country, Tarik Kurdi. “There are areas around Aleppo, Idlib, Al Raqqa and Homs we have been unable to reach with humanitarian aid for some time. If there is a window of opportunity here, we will be ready to move.”

While in Tehran last week, the UN and League of Arab States Joint Special Representative for the crisis in Syria, Lakhdar Brahimi, had appealed to Iranian authorities to assist in achieving a ceasefire during Eid al-Adha (the Feast of the Sacrifice), one of the holiest holidays celebrated by Muslims around the world which commemorates the willingness of Abraham to sacrifice his son Ishmael as an act of obedience to God.

On Thursday, the head spokesperson for Secretary-General Ban said the UN chief welcomed the reported announcements of warring parties in Syria agreeing to observe the ceasefire.

“It’s important that all sides will adhere to this,” Martin Nesirky told in a news briefing at UN Headquarters in New York. “We all understand that there is a lack of trust between parties, but the hope is that guns will fall silent for the people of Syria, so that they have peace and quiet during this holy holiday.”

Should the guns fall silent, should there be a suspension of violence, then humanitarian workers are ready to move in, convoys are ready to go, stated Mr. Nesirky.

UNHCR said in a news release that 550 tons of supplies are being made available for distribution to up to 13,000 affected families, for a total of about 65,000 people. In Aleppo, one of the cities most affected by the violence, the agency has already pre-positioned 5,000 emergency family kits. Emergency kits will also be made available in the Al Raqqa governorate and areas south of Hassakeh over the weekend.

UNHCR, which currently has more than 350 staff in three offices across Syria, said it has been working closely with the Syrian Arab Red Crescent and other partners to provide aid. It has also been carrying out an emergency cash assistance programme for displaced people.

“Despite the immense security challenges, the United Nations and humanitarian partners have managed to scale up and reach areas where people need help, including food for 1.5 million people in September and health assistance to 60,000 people including emergency care for the wounded,” said the Under-Secretary-General for Humanitarian Affairs, Valerie Amos.