Posted on: May 17th, 2013 by Dimitris Ioannou No Comments 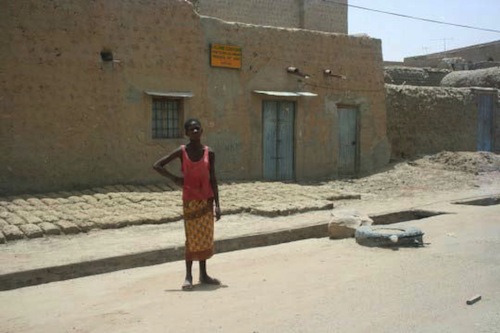 The United Nations welcomed the international community’s pledge of €3.25 billion to support a recovery plan for Mali, which is emerging from a recent crisis that saw its northern territory overtaken by extremists and hundreds of thousands of people uprooted by conflict.

The funds, pledged in Brussels at the High-level Conference on Support and Development of Mali, will contribute to the West African country’s Sustainable Recovery Plan, which aims to restore its territorial integrity and promote peace, security and reconciliation, and pave the way for inclusive growth and long-term development. The overall cost of the Plan is €4.3 billion.

In line with the Recovery Plan, the UN will support the country in the areas of good governance, sustainable peace, and access to basic social services. In addition, the recently established Multidimensional Integrated Stabilization Mission in Mali (MINUSMA) will provide support for authorities as they extend State control and work to strengthen good governance.

Mali is also expected to organize in July presidential elections, which are considered a key step in the transition process. To this end, UN Development Programme (UNDP) and the European Commission have signed a financing agreement for €14.8 million in support of the electoral process.

UNDP has also been helping to build the capacities of the organizations involved in the political transition, including the recently established Commission for Dialogue and Reconciliation.

At the Conference, UNDP Associate Administrator Rebeca Grynspan warned that long-term development should not overshadow Mali’s immediate needs, and urged countries to step up their support to tackle the current humanitarian situation in the north of the country.

Meanwhile, Greek Deputy Foreign Minister Konstantinos Tsiaras, referring to the High-Level International Donors Conference for Mali, said: “This conference is an important initiative on the part of the European Union; an initiative in which France is playing a prominent and coordinating role. It is an initiative that points up the EU’s potential for intervening to stabilize crisis regions and functioning in the spirit of political and social solidarity.

On the margins of the Donors Conference for Mali, I briefed our partners on the major steps forward that the Greek economy has taken and on the progress of the reforms in key sectors of the state.

The international climate regarding our country is improving constantly, and this is the result of the very determined effort being made, first of all, by Greek citizens.

The results of this effort, as shown by the recent Eurogroup decisions regarding our country, are grounds for optimism so that we can continue to work hard to emerge from the crisis.”