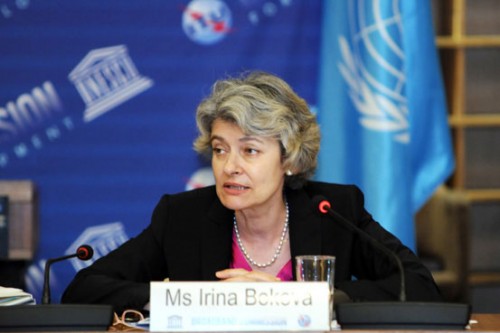 The head of the United Nations cultural agency today expressed grave concern for Egypt’s cultural heritage following reports that a national museum in the city of Minya had been looted and that several monuments of religious importance in Fayoum and the capital, Cairo had been destroyed.

“I firmly condemn the attacks against the cultural institutions of the country and the looting of its cultural property,” said the Director-General of the UN Scientific, Educational and Cultural Organization (UNESCO), Irina Bokova. “This constitutes irreversible damage to the history and identity of the Egyptian people.”

“Egypt’s exceptional cultural heritage is not only an inheritance of the past, reflecting its rich and diverse history; it is also a legacy for future generations and its destruction seriously weakens the foundations of Egyptian society,” said Irina Bokova.

Ms. Bokova reiterated her agency’s readiness to provide technical support and mobilize the partner organizations of the 1970 Convention against Illicit Traffic of Cultural Heritage, including the International Criminal Police Organization (INTERPOL) and the World Customs Organization.

On Saturday, Secretary-General Ban Ki-moon called the recent attacks on mosques and churches “unacceptable” and appealed to authorities to contain violence and revive the political process immediately.

Egypt has been undergoing a democratic transition following the toppling of President Hosni Mubarak two years ago in the wake of mass protests. Last month, renewed protests – in which dozens of people were killed and wounded – led to the Egyptian military deposing Mr. Morsy. The Constitution was then suspended and an interim government set up.