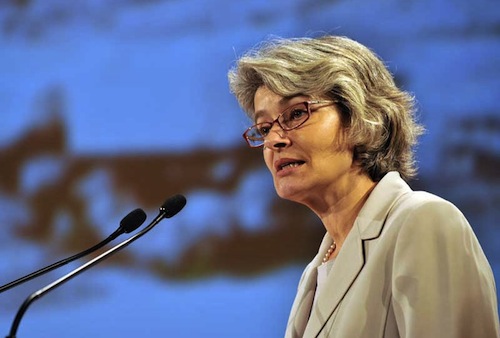 The head of the United Nations agency tasked with defending press freedom today unleashed a volley of condemnations over the killings of journalists in three separate incidents across Pakistan, Tanzania and the Central African Republic (CAR) in recent days.

In a press release, the Director-General of the UN Educational, Scientific and Cultural Organization (UNESCO), Irina Bokova, denounced the killing of community radio journalist Elisabeth Blanche Olofio, who lost her life when rebels stormed her radio station, Radio Be Oko, on 8 January in the town of Bambari in CAR.

“I condemn the killing of Elisabeth Blanche Olofio and feel grave concern about the safety of her colleagues,” said Ms. Bokova, while also urging all the fighting factions in the African country to “respect the civilian status of journalists.”

Over the past month, CAR has experienced a flare-up of violence, with a number of cities reportedly falling under the control of armed groups, which, in turn, has led to thousands of people fleeing areas where fighting has taken place.

Following the attack on Radio Be Oko, press freedom associations operating in the area reported receiving no news regarding the safety of Ms. Olofio’s colleagues and the radio station has had to cease its broadcasts.

Ms. Bokova underlined the importance of community-based media, noting that journalists like Ms. Olofio provided news for most of the population and contributed to “the well-being and development of ordinary citizens.”

In a separate press statement released today, the UNESCO chief condemned the killing of another radio reporter, Tanzanian journalist Issa Ngumba, who was also found dead on 8 January.

Mr. Ngumba had been missing for three days before his body was discovered in Tanzania’s Kajuhuleta Forest, exhibiting signs that he had been strangled or hanged, according to media reports. He is the second journalist killed in Tanzania in recent months.

Ms. Bokova deplored the killing and appealed to local authorities to investigate the crime as thoroughly as possible.

“It is essential that attacks on media workers be prosecuted so as to uphold the basic human right of freedom of expression,” she declared. “Safety contributes to journalists’ ability to inform public debate, the bedrock of democracy.”

Turning her focus onto Pakistan, where a series of bombings in Quetta last Friday reportedly killed at least 100 people and injured at least 200 more, including three reporters, Ms. Bokova also expressed her condolences to the people of the Asian nation.

“The bomb attacks in Quetta last Friday, which targeted civilians as well as rescue services and media, were particularly shocking,” she stated, adding that the attacks violated democratic values and human rights.

“I urge the Government of Pakistan to do everything within its power to bring those responsible to justice,” she continued.

According to independent accounts, three journalists were killed in the second wave of bombings which struck the Pakistani city as they rushed to report from the site of the first blast.

Imran Shaikh, a news cameraman for Samaa TV, and Mohammad Iqbal, a photographer with the news agency News Network International (NNI) were killed instantly while Saif-ur-Rehman, a Samaa News reporter, was transported to a local hospital where he later died from his injuries.