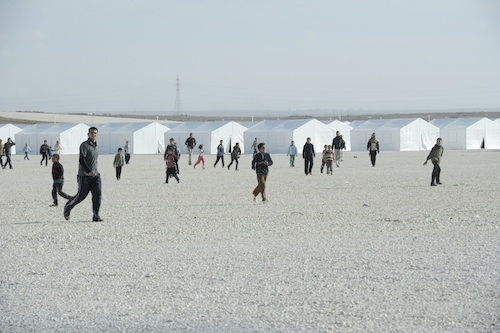 To support Jordan’s ongoing commitment to hosting refugees and as a contribution to the international community’s efforts to address the impact of the Syrian crisis on neighboring countries, the World Bank Group will provide US$150 million in emergency aid.

“Large numbers of refugees from Syria arrive every day with their lives torn apart and Jordan continues to receive and care for them,” said World Bank Group President, Jim Yong Kim. “That sort of generosity needs our support, and we are pleased to offer this urgent assistance.”

The Emergency Project to Assist Jordan Partially Mitigate Impact of Syrian Conflict was approved by the World Bank Board of Governors on Thursday July 18, 2013. It will focus on support for the healthcare system, under strain from a steep increase in demand, and to households facing rising prices for food and housing due to the larger number of consumers. The project will be implemented under the Bank’s new emergency procedures for Investment Project Financing, which allows for accelerated approval and disbursement in cases of emergency, natural or man-made disasters or conflict.

Inger Andersen, the Bank’s Vice President for the Middle East and North Africa region, visited Jordan in May for a first-hand look at the severity of the situation. She toured Mafraq in the north, where large numbers of Syrian refugees have sought refuge in the town itself and at the nearby Zaatari refugee camp. “I saw Jordan’s generous hosting communities struggling with the enormous inflow of people seeking shelter and protection. And at Mafraq I saw municipalities bursting at the seams,” she observed. “There is acute pressure on local authorities to maintain service delivery and that is where our funding can help.”

There are stresses on health and education services and on water, sanitation and electricity supplies. It is expected that by the end of the year, there will be one Syrian in the country for every six Jordanians. Competition for jobs has driven wages down, while prices have risen for basic necessities, fuel and rental accommodation.

US$50 million of the project’s funds will go toward supplies of vaccines and medicines for the growing population, with US$20 million to relieve the pressure on the government’s budget for the provision of medical services to Jordanians, and the remaining US$80 million to ensure Jordanians have affordable access to basic commodities such as bread and cooking gas.

In addition to the project approved today, a follow up operation will help leverage donor support to strengthen local governments’ service delivery and shore up the capacity of municipalities hosting refugees.

“The World Bank’s contribution is part of our broader program of engagement with Jordan in which we are helping build resilience to the current and future impacts of the regional crisis, while keeping and strengthening our support to the country’s ongoing economic reform program,” said Ferid Belhaj, World Bank Country Director.