Posted on: May 25th, 2012 by AlYunaniya Staff No Comments

13,000 homeless people in Athens according to report 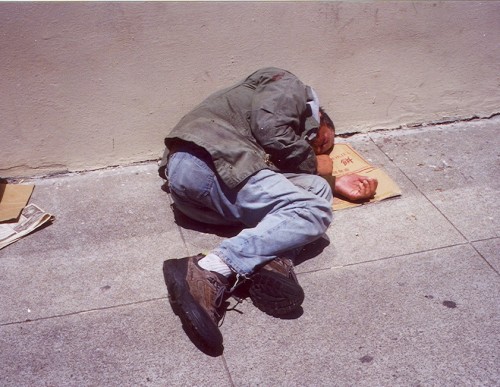 13,000 is the number of homeless people in Greece’s capital, Athens, while the number continues to increase, according to NGO Praksis report published on Thursday,due to growing unemployment and bad economic condition of the country.

In Athens’ total population of four million, out of the 13,000 homeless people, 11,500 Greeks are living in abandoned buildings, while 1,500 others live on the streets. While  drug addicts constitute the majority of the Greek homeless, a new increasing percentage of jobless people with middle or higher educational backgrounds has ended up living on the streets, according to the report.

“Most of these 1,500 are unemployed or drug addicts left behind after the shutdown of rehabilitation centres for lack of funds,” Praksis Chairman Tzanetos Antypas was quoted saying by AFP.

Among the 11,500 who live in abandoned buildings, “most of them are undocumented migrants, piled up in groups of 15 or 20 in wrecked flats in the city’s center,” he added.

Salaries and pensions have been reduced up to 40 percent in the last years while one fifth of the country’s total workforce, around a million people, faces unemployment in Greece.

The report comes a few weeks before a crucial general election that will determine Greece’s future.

Formed in 2004, Praksis operates two health centres for the homeless in Athens and Thessaloniki, and a centre for child trafficking victims in Patras.

The foundation, which has a staff of 120 and 580 volunteers, was created by one of Greece’s leading ship owning families who donated this week 10.2 million euros ($12.9 million) to Greek non-government organizations fighting poverty, Kathimerini said.