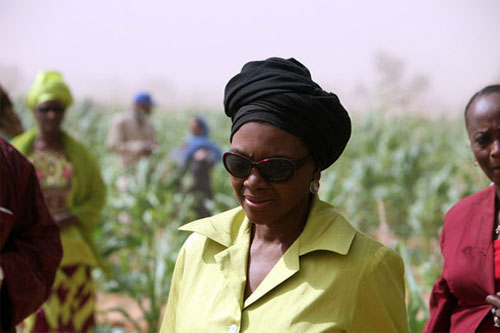 Some 62 million people around the world currently need humanitarian help, the United Nations reported yesterday, pointing to food insecurity, conflict, and natural disasters as the main causes for aid requirement.

“Halfway through this year we are seeing people in desperate need in twenty countries, whose lives and livelihoods have been shattered by conflict, hunger and disaster,” said the UN Under-Secretary-General for Humanitarian Affairs and Emergency Relief Coordinator, Valerie Amos.

“As well as providing effective emergency aid, humanitarian organizations are also working to improve the resilience of communities so that they can better cope with the impact of future natural disasters and conflicts,” she added.

In a news release, the UN Office for the Coordination of Humanitarian Affairs (OCHA), which Amos heads, noted that the number of people needing assistance had risen from 51 million to 62 million – an increase of more than 20 per cent – during the first half of this year.

A large number of these people are in the African continent, with more than 18 million people facing a severe food and nutrition crisis in countries of the Sahel region, which includes Chad, Mali, Mauritania, Niger, and parts of Sudan, Cameroon and Nigeria.

Conflict has worsened the situation in Mali, as well as in South Sudan, which is coping with increasing numbers of refugees from Sudan who have fled conflict in border areas.

Food insecurity, malnutrition and insecurity have also worsened the situation in Yemen, where 60 per cent of children under five are chronically malnourished – a rate second only to Afghanistan, where so far this year, more than 200,000 people have been affected by some 300 natural disasters. In addition, hundreds of thousands of people are being affected by the intensifying armed conflict in Syria, which has caused many to flee to neighbouring countries.

To respond strategically to major crises and monitor the effectiveness of their work, OCHA said that some 560 humanitarian aid organizations are using the Consolidated Appeal Process, a tool used by aid organisations to plan, implement and monitor their activities together. Collaborating in the world’s crisis regions, they produce appeals, which they present to the international community and donors.

As of today, the agency reported, humanitarian partners have raised their funding requirements, from $7.8 billion, at the beginning of the year, to $8.8 billion. However, while 45 per cent of the funding required has been received, a gap of $4.8 billion for what is left of the year remains.

“We have reached at least 21 million people so far with humanitarian aid, but our partners need further resources to reach everyone in need,” said Amos. “I commend humanitarian donors for maintaining their generosity and commitment to effective, coordinated and timely aid.”