Afghan officials confirm ‘running away’ is not a crime 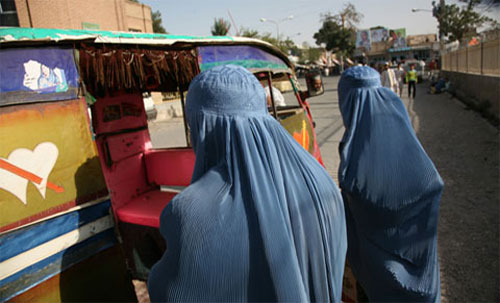 The United Nations welcomed a public statement by Afghan officials clarifying that it is not a criminal offence for women and girls to ‘run away,’ stressing that official declarations like this can go a long way in protecting those who are forced to flee their homes to escape violence.

Last month, three Afghan officials – the Minister of Justice, Habibullah Ghalib; the Minister of Women’s Affairs, Hussein Banoo Ghazanfar; and the Deputy Interior Minister, Mirza Mohammad Yarmand – strongly condemned the wrongful imprisonment of women and girls on charges of ‘running away,’ which is often used by prosecutors as evidence of a woman’s intent to commit adultery, or zina, which is a crime under Sharia law.

“The Government needs to ensure that law enforcement authorities do not arrest, detain and prosecute any further cases of ‘running away’,” said the Country Director of the UN Entity for Gender Equality and the Empowerment of Women (UN Women), Ingibjorg Gisladottir.

She added, “Guidance that clearly states that ‘running away’ is not a crime under Afghan law will serve to aid criminal law enforcement and end practices that discriminate against women.”

Intent alone is not sufficient to prosecute a women for zina, UN Women said in a news release, adding that “these arbitrary or selective applications of the law also violate fundamental rights and guarantees protected under international law, including the right to life, security of the person, freedom of movement, the right to health, and arbitrary or unlawful interference with privacy, family, or home.”

More than two thirds of the 700 girls who are currently in prisons across the Central Asian country have been detained for ‘running away’ from home or for their intentions to commit adultery. UN Women called on the Government to unconditionally release all prisoners convicted under these charges and prosecute those responsible for perpetrating violence against them.

“The Government should work to ensure the protection of these women and girls, including provision of appropriate support services, and bring all perpetrators of violence against women to justice,” said Gisladottir.

Afghan women and girls generally flee their homes to escape forced marriage and other forms of violence – acts that are criminalized by the law on Elimination of Violence against Women, according to the UN agency.

“The Law on Elimination of Violence against Women is viewed by UN Women as a milestone in terms of legal protection of women’s rights. If fully implemented, it can go a long way in protecting and promoting the rights of all Afghan women and girls,” the agency stated.

Enacted in August 2009, the law criminalizes child marriage, forced marriage, selling and buying women for the purpose or under the pretext of marriage, and offering girls for dispute resolution.

It also criminalizes forced isolation, forcing a woman to commit self-immolation and denying women the right to education, work and health services, and prescribes preventive measures for implementation by seven Government ministries.