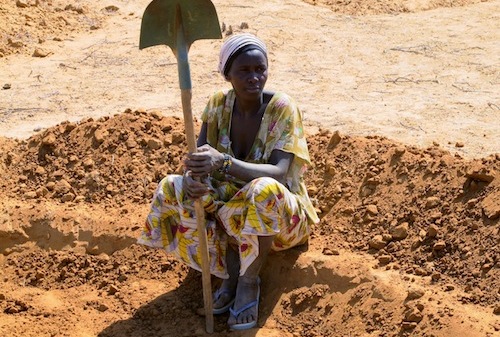 Despite the weaker global economic environment, sub-Saharan Africa is expected to continue growing strongly in 2012. GDP growth is forecast to increase slightly from the 2011 average of 5 percent, according to the IMF in its latest assessment of the region’s economy.

Sub-Saharan Africa has continued to enjoy robust growth as it is relatively isolated from the negative factors pulling down growth in most advanced countries, the IMF says in its Regional Economic Outlook for sub-Saharan Africa.

The region is also benefiting from one-off factors such as new natural resource production coming on stream, and recovery from drought and civil conflict in West Africa.

Growth from domestic demand has been relatively self-sustaining thanks to improved economic policies, higher foreign exchange reserves, and lower government debt. Rising levels of investment and consumption -particularly in the service sector- have been critical to growth.

But economic prospects differ across the region. Some middle-income countries -most notably South Africa- are performing less strongly because of their greater exposure to global developments, especially those in Europe.

In contrast, oil producers are projected to record robust growth because of new production coming on stream in Angola, and higher output levels in Nigeria and Chad. Finally, low-income countries are expected to continue enjoying strong growth of around 5½ percent.

A second study reviews developments over the past decade in those countries where non-renewable natural resources are an important contributor to exports and government revenue. It considers the role played by natural resources in boosting incomes and the complex problems they present for macroeconomic management.

The outlook is subject to substantial downside risks. Renewed turbulence in euro area financial markets would adversely affect both exports and investment flows across the region. This would slow, but not derail growth in most countries.