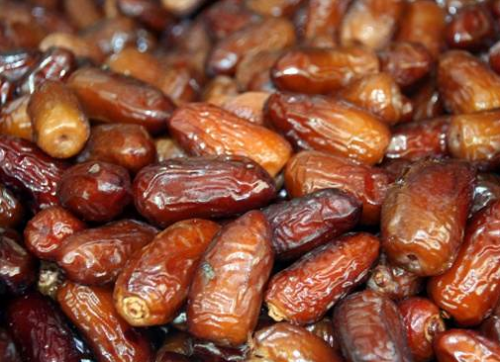 The American Muslims for Palestine (AMP), a national grassroots organization, announced a nationwide boycott of dates grown in Israeli settlements just before the beginning of Ramadan, the Muslim month of fasting from sunrise to sunset.

The national campaign, “This Ramadan Make a Date with Justice: Choose Occupation-Free Dates,” is another step in the Boycott Divestment and Sanctions (BDS) movement that targets Israeli products on the international market. BDS began in 2005 as a form of peaceful protest to pressure Israel to abide by international law and end its occupation of Palestine.

Dozens of Arab- and Muslim-owned grocery stores in nearly a dozen cities across the US have pledged to boycott Israeli occupation dates. AMP chapters in Sacramento, Los Angeles, Minneapolis, Detroit, Chicago, New York, New Jersey and the Washington DC area are participating, as are volunteer groups in Philadelphia. While the first phase of the boycott is targeting ethnic grocers and the Muslim community, the boycott eventually will be widened to include the general public and major chain retailers, Hamdan added.

“AMP is asking everyone to refuse to buy dates marketed by Hadiklaim under the names of Jordan River, Jordan River Bio-Tops and King Solomon,” Hamdan said. “Instead, people can support the American economy by purchasing dates produced in California and Arizona.”

“Most of the Israeli companies that export to the U.S. and the West are built in the West Bank. They’re built on stolen confiscated land,” said Jamil Morrar, owner of the Red Sea Food Market & Halal Meat in Sacramento, one of the stores participating in the boycott. “Honestly, anyone who buys Israeli products is supporting the Israeli occupation and it is against our policy to sell those products.”

In the United States, dates are grown in California and Arizona, which together produced about 28,000 tons in 2011, according to the Agricultural Marketing Resource Center. However, a vast amount of dates are imported into the U.S. as well. Israel produces more than half the world’s premier date, the Medjool; and Israeli exports to the United States were valued at $51 million in 2011, according to the USDA.

A 2006 investigative report by Israeli newspaper Haaretz exposed many of these unfair labor practices, which include leaving workers, including children, on the tops of date palm trees in the grueling sun for up to nine hours, in some cases, at a stretch with no breaks.

Palestinian workers are paid less than their Israeli counterparts, in violation of Israeli law. In addition, Palestinian child laborers are also subject to exploitation in the settlements. In 2008, the Palestinian Central Bureau of Statistics found that more than 7,000 children between 5 and 17 years of age were working in the Jordan Valley alone, according to an AMP report.

Over 170 groups joined the BDS movement when it began in 2005, including many Jewish organizations like Jewish Voices for Peace.