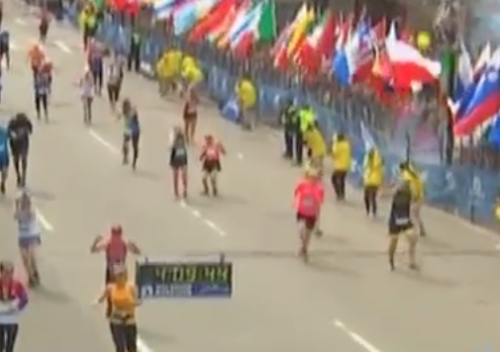 Leaders from Arab countries, condemned the twin bombings at the Boston Marathon, which killed three people and wounded more than 100 others.

“ The FJP offers heartfelt sympathies and solemn condolences to the American people and the families of the victims and wishes a speedy recovery to the injured. Islamic Sharia (law), accepted by the FJP as a framework of reference, strongly condemns attacks on civilians and terrorizing innocent people, regardless of their religion, race, color or sex,” FJP said in a statement on its website.

“The heinous attacks in Boston today highlight the need for the international community to unite in order to achieve justice and a decent life for all peoples and communities to ensure non-recurrence of such violent and tragic crimes.”

The king of Saudi Arabia also condemned the Boston Marathon bombings, saying no religion or morals would condone such an attack, the Associated Press reported.

Saudi Ambassador Al-Jubeir in Washington expressed confidence that the relevant authorities will bring those responsible for this crime to justice.

Meanwhile, in Washington, a Saudi embassy official said Saudis have not been informed by the U.S. of any Saudi who is considered a person of interest in the Boston Marathon bombings. The official confirmed that a Saudi woman, who was watching the race with her husband and child, was injured.

US President Barack Obama said at a brief news conference on Tuesday that investigators had yet to find a culprit for the two bombings at Monday’s Boston that killed three people and injured 176.

The explosions took place about 10 seconds and about 90 meters apart, knocking spectators and at least one runner off their feet.