Posted on: April 27th, 2012 by AlYunaniya Staff No Comments 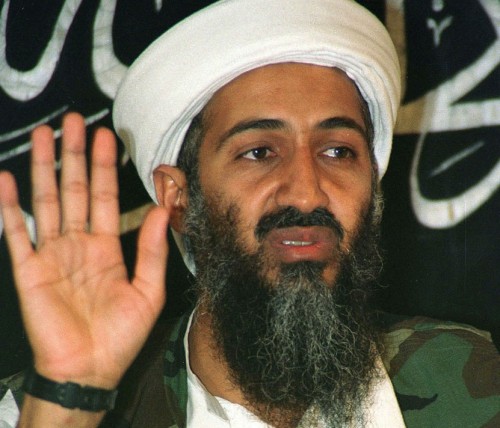 The family of Al-Qaeda leader Osama Bin Laden, his widows and children, killed almost a year ago by American special forces in northwest Pakistan, were deported from Pakistan for Saudi Arabia today, the family lawyer told Reuters.

A few weeks ago, a court sentenced the his wives to 45 days in prison for entering Pakistan illegally. It ordered their deportation after the end of the prison term, which began on March 3 when they were detained.

The Ministry of  Interior, responsible for the family, issued a statement saying it had “passed orders for the deportation of 14 members of OBL family in pursuance of the Court orders.”

The Interior Ministry added that the 14 members of bin Laden’s family were deported to the country of their pick. Not many information is available about the family, but officials state he had 3 wives and at least 8 children when the house was raided by Americans.

The deportation was at first due to have occurred after the family members had completed their sentence last week, but the move dragged on because legal formalities were not complete, amid suggestions that Saudi government was reluctant to accept the family, according to Arabnews.

Now that the family is outside Pakistan, they may release information they have about how bin Laden had managed to avoid capture in the country for nearly a decade.

Pakistani officials describe Bin Laden’s long presence in the hill-town of Abbottabad as a security slip and reject suggestions that they were complicit in hiding him there.

The United States and Pakistan are presently trying to repair their relationship, which has deteriorated by the bin Laden incident during the last year.