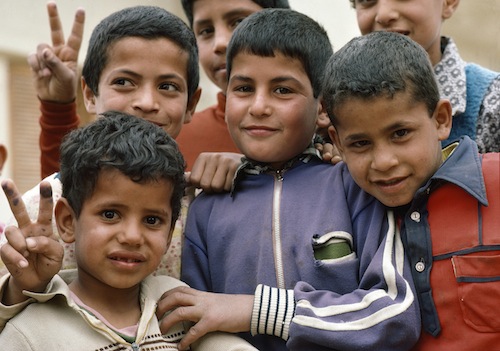 The United Nations agency assisting Palestinian refugees today unveiled 10 commitments through which it will strengthen support to and better engage young refugees, as it wrapped up a two-day conference held in Brussels. “These 10 commitments are quite concrete. They are also urgent and cannot wait,” said Filippo Grandi, the Commissioner-General of the UN Relief and Works Agency for Palestine Refugees in the Near East (UNRWA).

The commitments include enhanced vocational training and micro-finance opportunities, fundraising for scholarships, expanding a successful skills programme for young refugees first piloted in Syria, and advocacy on issues of special concern to youth.

The Commissioner-General also committed to greater consultation between UNRWA and Palestinian refugee youth in the region on the planning and implementation of activities that affect them.

Over 400 participants took part in the conference on “Engaging Youth: Palestine Refugees in a Changing Middle East,” which was convened by UNRWA. Among them were several world leaders who called on the international community to support the Agency in its efforts to assist and protect nearly five million registered Palestine refugees in Jordan, Lebanon, Syria, and the occupied Palestinian territory.

This includes investing in the region’s youth, as stressed by Secretary-General Ban Ki-moon. “In the Middle East, children and youth outnumber their elders,” he said in a message to the conference that was delivered yesterday by the UN Special Coordinator for the Middle East Peace Process, Robert Serry.

“They are the majority, and one of the region’s most precious resources, yet their choices are severely limited. Over the past year, they have taken their demands for change to the street and the ballot box.

“Palestinian refugee youth face bleaker realities of their own: occupation, exclusion, conflict and poverty,” added Mr. Ban. “Despite this hardship, they are full of promise and ambition, as anyone who has met them can attest. They have a right to fulfil their aspirations without barriers and without discrimination.”

Mr. Grandi pointed out that the intersection of forces – political uprisings, conflict, the rise of social media, the unprecedented numbers of young people, economic uncertainty – have all created volatility, as well as great potential.

“There is no doubt that we are at a critical juncture,” he stated, according to a UN announcement.