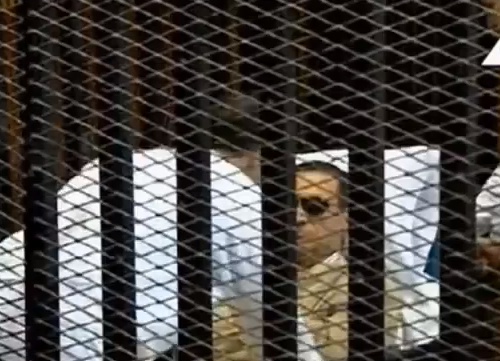 Former Egyptian President Hosni Mubarak has been released from prison, according to the Interior Ministry, after more than two years detention.

Mubarak was taken from Cairo’s Tora prison by medical helicopter on Thursday, following a court ruling which ordered his release. A medical helicopter then carried Mubarak to the Maadi Medical Hospital afternoon, according to local media.

Interim Prime Minister Hazem El-Beblawi has ordered Mubarak be placed under house arrest, according to AFP, with his travel ban remaining in effect.

Although Mubarak is released from prison he still faces charges of being involved in the killing of peaceful protesters in the 2011 uprising.

Mubarak was convicted last year of corruption and involvement in the murder of protesters during an uprising where Egyptians took to Tahrir Square for 18 days to demand his ouster.

Meanwhile, supporters of Egypt’s ousted president Mohamed Mursi called on the Egyptian people to protest against the army Friday.

Egypt has witnessed unprecedented violent clashes since security forces dispersed two major pro-Morsi sit-ins in the country a week ago.

Until now, almost 1,000 people have been killed across the country, according to Al Jazeera.

Islamist groups in Egypt have been accusing Mursi’s ouster in early July as a “military coup”.

In July this year, Mohamed Morsi, the first democratically elected president, was deposed by the armed forces after only one year in office.