Posted on: September 8th, 2012 by AlYunaniya Staff No Comments 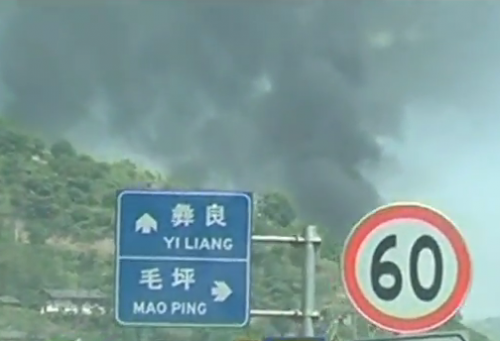 A series of earthquakes, one measuring 5.7 in magnitude, shook southwest China leaving at least 80 people killed and 20,000 homes damaged.

The largest of the quakes on the Richter scale hit a border area near Yiliang county in Yunnan and Weining county in Guizhou province at 11:19 a.m. local time (03:00 GMT) on Friday, according to Xinhua news.

By mid-afternoon, authorities had moved more than 100,000 from the area as a series of more than 60 aftershocks struck.

More than 20,000 people had been evacuated from their homes in Yunnan, according to the Yunnan Provincial Civil Affairs Bureau.

Wen Jiabao, China’s prime minister, visited the quake-stricken area on Saturday and met some of the evacuees saying  that the first 72 hours are critical for post-quake rescue operations. Wen said rescuers must make their utmost efforts to find and rescue survivors.

Zhang Junwei, a spokesperson from the Yunnan seismological bureau, said that the deaths all occurred in Yiliang.

The main quake, which occurred at a depth of 14km, was followed by a series of aftershocks, the China Earthquake Networks Centre said. Meanwhile, the US Geological Survey put the magnitude of the largest quake at 5.6 and said it struck at a depth of 10km.

Xinhua said the provincial government had sent work teams to the quake-hit area and the civil affairs department was shipping thousands of tents, blankets and coats to the area while the local government authorities ordered people out of their homes, which are spread across the hills of a mountain valley, and told them to gather in the public square.

Southwestern China is prone to earthquakes. In May 2008, an 8.0-magnitude tremor killed tens of thousands of people.