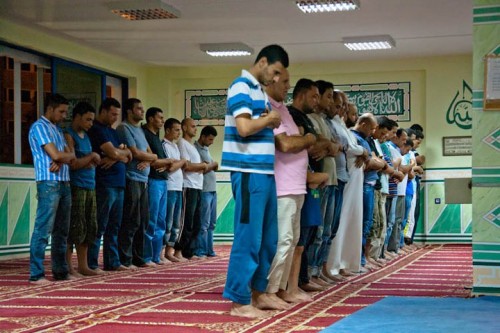 Greek authorities are having difficulty finding a construction company to build the first state-sponsored mosque in Greece.

A fourth tender for the construction of the 46,000-euro project in the Votanikos area will be made next month, according to the Infrastructure Ministry, Kathimerini reports, as all previous attempts have failed to attract any takers.

Kathimerini spoke to representatives of several smaller companies that had expressed an interest in the project previously and admitted they are concerned about the popular opposition to the construction of a mosque in Athens.

Only a few days after the government issued a tender for the construction of the mosque the Council of State heard an appeal against the project by Bishop Seraphim of Piraeus while residents in Votanikos have also expressed outrage for the building of the mosque.

Extremist-right party Golden Dawn has also threatened to fight against plans to build a long awaited mosque in the Greek capital.

“If a mosque is constructed for Islamist criminals in Greece, a front of 100,000 Greeks headed by Golden Dawn will be created,” Ilias Kasidiaris, spokesman for the far-right party, told supporters at a rally in May, AFP reported.

Athens is one of the few European Union capitals without a mosque.

The mosque  will have no minaret, in order to adopt to the surrounding environment and it will be built in the Athens neighborhood of Votanikos.

It will have an area of just over 1,000 square meters and the capacity to accommodate 400 people, according to news reports.