Posted on: January 8th, 2013 by AlYunaniya Staff No Comments

Countries must address lack of women in science and technology fields 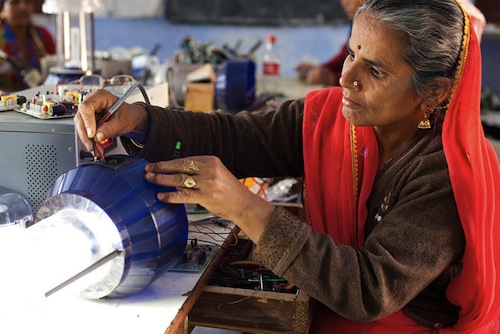 Women and girls run the risk of being left behind in scientific and technological fields if countries do not put measures in place to address discrimination and change traditional attitudes, the United Nations said, warning that this gap constitutes an obstacle to nations’ progress.

“Women tend to be overrepresented in the humanities and social sciences, and underrepresented in science and technology,” said an official from the world body’s International Labour Organization’s (ILO) Bureau for Workers’ Activities, Claude Akpokavie. “Measures need to be put in place to redress this imbalance.”

According to ILO, the gap between men and women in the scientific and technological fields is linked to pervasive gender roles and attitudes in different societies – visible in both developed and developing countries – which encourage girls to pursue ‘softer’ subjects.

Over the past few months, recent stories have emerged revealing stark gender discrepancies in a number of countries around the world, which are hindering women’s participation in science and technology both at school and at work, the agency noted.

In the United States, for example, a Yale University study found that women science graduates are discriminated against when applying for research posts. In Iran, the Government recently announced that women will be excluded from a wide range of university studies, including nuclear physics and electrical engineering. In China, several universities require women to obtain higher entry grades than men for science courses.

“Girls are far less likely than boys to study engineering or computer or physical sciences,” said the Director of ILO’s Bureau for Gender Equality, Jane Hodges. “Stereotypes of girls represent them as less interested or capable in certain subjects – such as mathematics and science. This inevitably reduces their access to jobs with better pay or labour markets that may offer better opportunities.”

However, when encouraged, girls do excel in scientific subjects, she added.

With an estimated 500 million people entering the global workforce over the next decade, Ms. Hodges stressed that it is crucial that women in science and technology jobs are not left working at the lowest levels.

“Even though women hold more than 60 per cent of information and communication technology-related jobs in OECD (Organization for Economic Co-operation and Development) countries, only 10 to 20 per cent are computer programmers, engineers, systems analysts or designers,” she said. “Education and skills training – and a change in attitudes – are vital to ensure women are not left behind.”