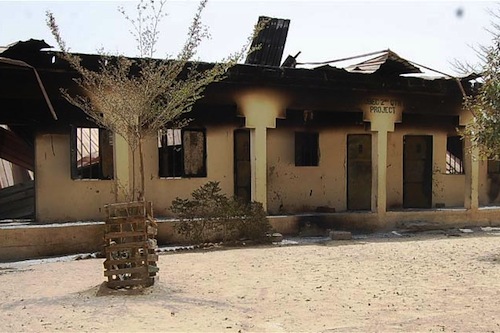 The United Nations Children’s Fund (UNICEF) and a top child rights envoy have condemned the recent attack on a school in north-east Nigeria that resulted in the deaths of a number of students and called for the perpetrators to be brought to justice.

“As we extend our sympathy to the families of the victims, we would say in the strongest possible terms that there can be no justification for the deliberate targeting of children and those looking after them,” said UNICEF’s Regional Director for West and Central Africa, Manuel Fontaine.

According to media reports, Islamic militants belonging to the Boko Haram group attacked a boarding school in the north-eastern state of Yobe before dawn on Saturday, killing 29 students and one teacher.

Secondary schools in the state have reportedly now been closed until the start of the new academic term in September to allow state and federal Government officials, as well as community leaders, to work on ways to guarantee the safety of schools.

“UNICEF calls for those responsible to be brought to justice and for communities to demand that schools be considered as places of safety,” it stated in a news release.

The agency noted that, since 16 June, a total of 48 students and seven teachers have reportedly been killed in four attacks in the region.

Leila Zerrougui, the Secretary-General’s Special Representative for Children and Armed Conflict, voiced her deep concern at the recent spike in incidents affecting schools and children in the region and called on the Nigerian Government to investigate these “heinous” crimes and hold the perpetrators accountable.

She called on those responsible to refrain from any attacks directed at or in the vicinity of schools, and warned that the killing and maiming of children, as well as attacks on schools, teachers and school children are serious violations of international law.