Posted on: September 13th, 2013 by AlYunaniya Staff No Comments

Deterrent measures against Syria must not be excluded, say MEPs 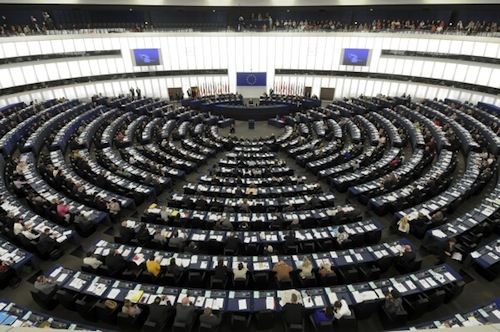 The use of chemical weapons in Syria is a war crime and a crime against humanity which demands a clear, strong, targeted and united response, not excluding eventual deterrent measures, MEPs said in a resolution passed by a show of hands on Thursday. The EU should promote a region-wide de-escalation process and increase aid to Syrian refugees, they added.

The international community’s ultimatum must be accompanied by a binding United Nations Security Council resolution, which, if not respected, could be imposed on the basis of “all the instruments provided for in the United Nations Charter”, MEPs underline.

Parliament says Russia and China must face their responsibility as permanent members of the Security Council to achieve a common position and a diplomatic solution to the Syrian crisis. In the event of a persistent blockage in the Security Council, the matter could be referred to the UN General Assembly, MEPs stress.

A lasting solution to the current crisis in Syria can be achieved only through an inclusive political process backed by the international community, MEPs say. They call for President Bashar Assad and his regime to step aside.

The EU must live up to its humanitarian responsibility and step up its assistance to Syrian refugees, MEPs say, urging all sides of the conflict to facilitate the provision of humanitarian aid and assistance.