Posted on: February 25th, 2013 by Dimitris Ioannou No Comments 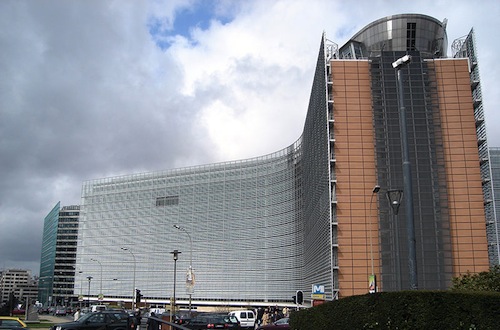 According to the European Commission’s Winter forecast 2013: “Greece is emerging from a tumultuous 2012 with renewed commitment and action within a strengthened economic adjustment programme that enjoys strong backing from its international lenders. After the conclusion of a six-month review of the programme and the release of over EUR 50 bn in December 2012, there have been some tentative signs of improvement. Banks have seen a reversal of deposit outflows and Greek market interest rates have been reduced significantly.

Nevertheless, carry-over from 2012 as well as the ongoing fiscal consolidation are projected to result in a further contraction of 4.4% of GDP in 2013. Investment is likely to continue underperforming in the short-run, as the majority of businesses still face liquidity constraints or wait to see more evidence of a pick-up of the economy. Though exports are projected to grow as the economy is improving its competitiveness, they are likely to remain subdued due to still weak external conditions. It is expected that these factors will continue to dominate for most of 2013, only partially compensated by the reversal of the liquidity squeeze, notably as the government plans to repay arrears for an amount of up to 4% of GDP. In line with this contraction in demand, the unemployment rate is now expected to peak at 27.0% in 2013.

The return to positive quarterly growth rates by end-2013 will be followed by positive full-year growth of 0.6% in 2014. This reflects ongoing positive supply-side developments. Reductions in unit labour costs (due to far-reaching labour market reforms) and product market liberalisation are expected to create new business opportunities and to encourage job creation once the economy picks up. In addition, the bank recapitalisation process and the overall stabilisation of the country are setting the preconditions for a return of capital to the country and renewed credit flows to the private sector. With a large part of the fiscal consolidation effort already legislated, consumers and investors appear to start regaining confidence which should strengthen domestic demand in 2014. Unemployment is nonetheless forecast to remain elevated at 25.7%.

Greater flexibility in wage bargaining arrangements drives the forecast for decreasing labour costs. Compensation per employee is projected to fall by 7.0% in 2013 and by 2.0% in 2014. Together with the effect of structural reforms in the product market, this is expected to translate into HICP deflation of 0.8% and 0.4% respectively in 2013 and 2014, leading to a significant inflation differential vis-a-vis the euro area average. This improvement in competitiveness, combined with euro-area recovery, should lead to export growth. The current-account deficit is expected to decrease from 7.7% of GDP in 2012 to 4.3% in 2013 and 3.3% in 2014.

In 2013 the government aims at primary balance followed by a primary surplus in 2014. This is supported by a package of savings measures amounting to 7.2% of GDP over 2013-14, which was adopted in November. Given interest payment reductions of almost 1% due to the debt-reducing measures adopted by the Eurogroup in late 2012, the overall government deficit in 2013 is now expected to be 4.6% of GDP. The structural balance is estimated to reach a surplus of 13⁄4%. Gross public debt is estimated at 162% of GDP in 2012, 15% of GDP lower than in the autumn 2012 forecast, mainly thanks to the debt buyback operation carried out in December 2012. The debt ratio is projected to increase to 176% of GDP in 2013 as the economy contracts, after which it is expected to fall at an accelerated pace, supported by an improving budget balance and stronger nominal GDP growth…”