Posted on: June 25th, 2012 by Fatima Alshaali No Comments 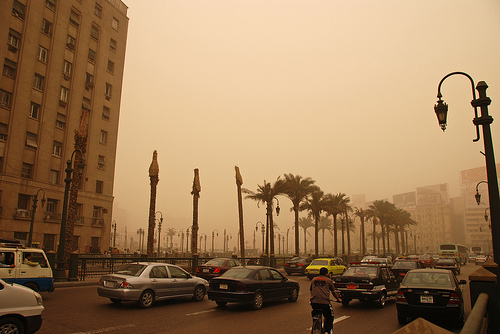 DUBAI, From our Correspondent – The Ministry of Foreign Affairs in the UAE released the following statement after the announcement of the Egyptian presidential results: “The UAE is following with interest developments sisterly Egypt is witnessing. UAE welcomes the result of the presidential run-off vote and respects choice of the brotherly Egyptian people in the context of its democratic transition.

UAE hopes that all efforts are concerted now towards maintaining stability, harmony and cooperation among all within the joint national action framework so as to serve higher interests in realization of aspirations of the Egyptian people for security, stability, decent life and growth.”

Egyptian expatriates in the UAE are thrilled with the victory of Mohammed Mursi, who claimed to have come first in the second round of the presidential elections, which ended on Monday morning.

“Now, we can celebrate the first knock-out for the January 25 revolution against the ousted tyrant regime,” said Abu Ahmed, an Egyptian national residing in Dubai. Abu Yusuf, a 35-year-old Egyptian also residing in Dubai, said he has always been dreaming of this moment. “Despite all the distorting and disgracing media campaigns against Dr. Mursi, all segments of the society voted for him to save the revolution.”

An Egyptian housewife residing in the UAE stated, “I could not help staying up all the night following the results province by province. This is for sure the first step ahead in the right direction for our renaissance.”

Abu Omar, an Egyptian working in the UAE, thanked God Almighty, who granted victory to one of the protesters. “Dr. Mursi has participated in the revolutions on its early days and was detained with more than 37 other Brotherhood activists.”

Tamer Mansoor, the Egyptian Ambassador to the UAE, stated that 21,298 out of 61,427 voters registered in the electoral college in the UAE voted for Dr. Mursi against 10,613 who favored Lt-Gen Shafiq.