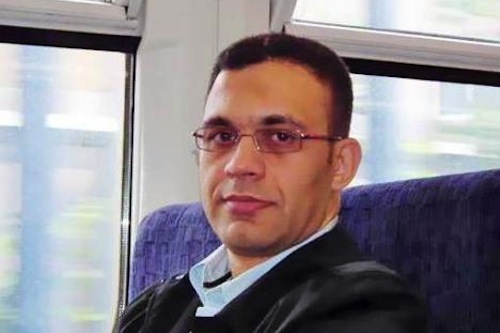 Reporters Without Borders condemns Egyptian journalist Anas Fouda’s detention by the authorities in the United Arab Emirates for the past month. Based for many years in the UAE, Fouda has been held incommunicado ever since his arrest on 3 July 2013.

Security personnel at Dubai international airport told Fouda on 28 June he was banned from leaving the country. In response to a summons, he reported to the state security department on 3 July accompanied by an Egyptian consular official, who left without him.

His relatives have not heard from him since then. Before going to the meeting, Fouda told colleagues he was worried about the outcome.

“We urge the UAE authorities to quickly explain why they arrested Fouda and why they are holding him incommunicado,” Reporters Without Borders said. “If no charges have been brought against him, he must be released unconditionally at once. We hold the state security department, the last place he was seen, responsible for what happens to him.”

After saying nothing for weeks in the hope that he was going to be freed, Fouda’s family have finally gone public about his detention. The responses have included the creation of a Facebook page calling for his release.

A senior editor with the MBC media group, Fouda works with various news media including Al-Arabiya and Al-Aswaq.net and keeps a blog on Egyptian politics.