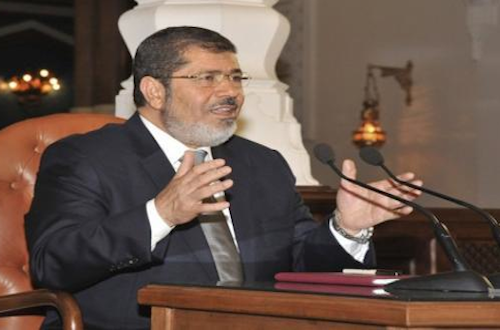 The Egyptian army has given President Mohamed Mursi 48 hours to resolve the current political crisis marked by weeks of street protests raising the possibility of military intervention if turmoil continues.

The army statement, delivered on state television said that, “The armed forces repeat their call for the people’s demands to be met and give everyone 48 hours as a last chance,” it said.

If the demands of the people are not met in this period the army will announce a “future roadmap” and “measures to oversee its implementation,” the statement added.

Meanwhile, Egypt’s president on Tuesday rejected an army ultimatum threatening to intervene if Islamist President Mohammed Mursi did not meet the demands of the people saying it had its own plan for national reconciliation.

But Mursi’s rejection of the army ultimatum has raised the stakes in the country’s political crisis, which has resulted in 16 people being killed in protests on Sunday, Alarabiya reports.

The U.S. president “told President Mursi that the United States is committed to the democratic process in Egypt and does not support any single party or group,” the White House said, according to Reuters news agency.

Since the fall of Hosni Mubarak as the Arab Spring revolutions took hold more than two years ago, the Arab world’s most populous nation has remained in turmoil.