Posted on: January 20th, 2013 by Dimitris Ioannou No Comments 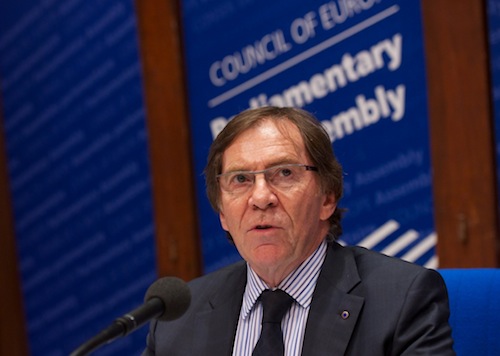 Governments must show greater solidarity with Greece to help the country cope with the arrival of large numbers of irregular migrants and asylum seekers.

Jean-Claude Mignon, the President of the Parliamentary Assembly of the Council of Europe (PACE), together with a PACE sub-committee visiting Greece, have urged greater European solidarity to help Greece deal with large numbers of irregular migrants and asylum seekers entering the country. They also proposed the possible holding of an urgent debate on this issue at the Assembly’s winter session in Strasbourg next week, in order to raise awareness among Council of Europe member States via their national delegations in PACE.

“Greece is confronted with a major problem of irregular migration at the very moment when it must also try to deal with an unprecedented economic crisis,” said Mignon. “But it cannot be expected to accept all the misery of the world on its own. Only greater European solidarity, be it financial or in terms of receiving refugees and asylum seekers, can really contribute to solving this problem. A shared migration policy is even more essential at a time when the region is facing major instability.

He added: “This is not just a Greek problem, but is above all a European problem. The whole continent has a responsibility to ensure that the situation in the Mediterranean, already difficult to handle, does not become an out-and-out humanitarian catastrophe.”

Tineke Strik (Netherlands, SOC), Chairperson of the sub-committee, echoed his remarks: “No other country could deal with this humanitarian crisis alone, given the current economic and social context, and the porous borders of the country. Since most irregular migrants want to continue on their way to other European countries, member States must come up with swift solutions that go beyond mere financial and technical assistance and show much greater solidarity.”

Both the President and the sub-committee warmly welcomed the Greek authorities’ determination to resolve, as quickly as possible, the major backlog of 50,000 outstanding asylum applications, and to close three detention centres that have been deemed sub-standard, including the centre at the Petrou Ralli police station in Athens, which is due to close in the course of 2013. They also welcomed indications from the Greek authorities that, from spring 2013, women and children will no longer be detained, and looked forward to this measure being fully applied as swiftly as possible.

For its part, the delegation expressed its deep concern at the systematic use of detention as a means of deterring migrants from entering or staying in Greece. “The recent decision to prolong migrants’ and asylum seekers’ detention for one more year, treating them like criminals, exacerbates their despair and vulnerability,” Ms Strik said.

“Even if there has been progress in terms of building new detention centres with better conditions, such as the Amygdaleza centre, the delegation still witnessed severe problems in terms of access to asylum, health care, information and the possibility for detainees to communicate with the outside world. Most of the detention centres visited by the delegation currently do not meet the standards of human dignity, as basic facilities such as heating, light and hot water are not provided,” she added.