European Council reaffirms support on gov and people of Yemen 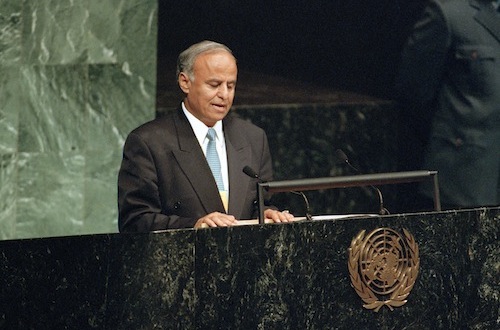 The European Council yesterday reaffirmed its full support for a peaceful and orderly transition process in Yemen, ahead of the Friends of Yemen Ministerial meeting on 23 May in Riyadh.

Three months after the Yemeni people elected President Hadi, the EU will, along with the international community, the Council express its support to the process of comprehensive reform and renewal on which the Yemeni government and Yemen’s transitional institutions have now embarked.

The EU welcomed the efforts of President Hadi to implement the provisions of the Gulf Cooperation Council initiative and implementation mechanism. The EU encourages the President to rapidly take forward the national dialogue. It welcomes the appointment of a Liaison Committee and urges him to establish a fully inclusive Preparatory Committee without delay, bringing in representatives from all strands of Yemeni society. The EU calls upon all relevant Yemeni stakeholders to contribute actively to this process. The EU, alongside other international partners, will continue to support the government in this crucial endeavour, as the basis for constitutional reforms and lasting reconciliation.

As stressed in an announcement, the Council is deeply concerned by all attempts to derail Yemen’s transition. It calls on all parties to abide by the undertakings set out in the Gulf Cooperation Council initiative and implementation mechanism, in good faith. President Hadi has demonstrated his determination to implement the initiative. The EU is therefore committed to assist him, exploring all available options to ensure compliance from any individuals who persist in undermining or opposing the political transition in Yemen. In this connection, the EU recalls United Nations Security Council Resolution 2014, which calls on all parties to commit to a political settlement based on the Gulf Cooperation Council initiative and implementation mechanism.

The Union condemns the attack in Sana’a on 12 May that injured the Bulgarian Ambassador to Yemen, which represents evidence of the fragile security situation in the country. The EU calls on the Yemeni authorities to do their utmost to investigate the incident.