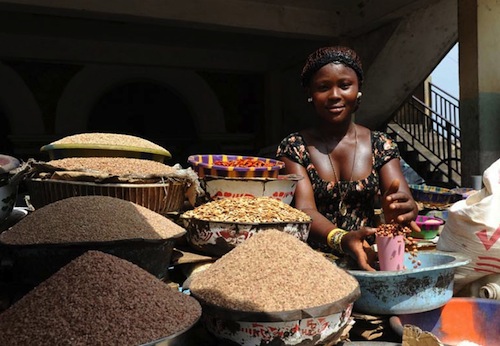 The United Nations Food and Agricultural Organization (FAO) and the international non-profit organization Slow Food agreed to promote traditional cooking and locally produced food as part of a project to boost incomes for small farmers and rural communities.

“Slow Food and FAO share the same vision of a sustainable and hunger-free world, safeguarding biodiversity for future generations,” said FAO, Director-General José Graziano da Silva, signing a three-year Memo of Understanding with Slow Food. “The agreement, providing for a number of important joint initiatives, brings us a step closer to that objective.”

Under the agreement, FAO and Slow Food will join forces “to promote more inclusive food and agricultural systems at local, national and international levels,” according to a news release the Rome-based agency sent today.

The project, which can help conserve the use of neglected crops, and reduce food losses and waste, can also help produce inventories of local, indigenous and underutilized species that are potentially important to food security, the UN agency noted.

The collaboration will also focus on adding value to animal products and boosting incomes for farmers and others in the food chain, as well as providing better access to markets for small farmers by strengthening producers’ organizations and cooperatives.

The new agreement will build on projects FAO already has underway, including the Hunger-Free Africa initiative grouping FAO, African Union and Brazil’s Instituto Lula to eradicate hunger from the continent starting with four countries – Angola, Ethiopia, Malawi and Niger.

Another possible area for collaboration is support to rural women through the ongoing Dimitra project run by FAO, the European Commission and Belgium. This participatory information and communication project highlights women’s key role in food production so that their interests are better taken into consideration.

According to the news release, FAO is also looking into the possible development of toolkits for the international Education of Rural People (ERP) Partnership, which aims to remove existing constraints and ensure education and skills training for all rural people.