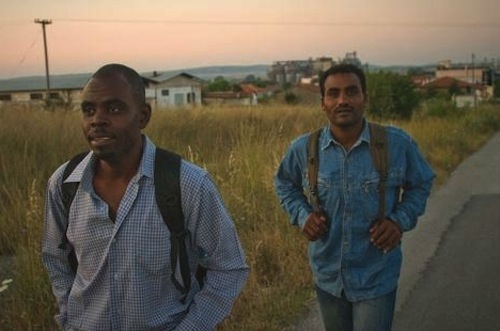 By Eva Cosse, Republished from HRW.org

The anniversary of Operation Xenios Zeus, on August 4, marks one year of abuses conducted by the Greek police against migrants and asylum seekers in Athens.

Xenios Zeus is an epic-scale sweep operation aiming at cracking down on irregular immigration and crime in Athens. Since the start of the operation, tens of thousands of people presumed to be undocumented migrants have been subjected to abusive stops and searches on the streets, and hours-long detention at police stations. Human Rights Watch documented the use of ethnic profiling and arbitrary deprivation of liberty in the recent report “Unwelcome Guests”.

With its deep economic crisis, and after years of mismanaged migration and asylum policies, anti-migrant sentiment has grown rapidly in Greece. Golden Dawn, a far-right, anti-immigrant party has gained in popularity, making it hard not to see Xenios Zeus as a government effort to win voters back.

Confronted with our report during a BBC interview, Minister of Public Order Dendias rejected and denied our findings, as did other government officials when we met with them in mid-June in Athens.

Officials also insisted that Greece is historically tolerant with a longstanding tradition of hospitality, and that it’s “in the DNA of Greeks not to be racist.”

Our July 2012 report “Hate on the Streets” shows the opposite. Xenophobic violence in Greece has reached alarming proportions, with gangs regularly attacking migrants and asylum seekers in the streets of Athens. Despite some positive steps to improve state response, attackers are rarely arrested and police inaction is the rule.

Xenios Zeus, an operation that stigmatizes migrants and asylum seekers, is a dangerous distraction from the real policing challenges the country faces. The one-year anniversary should be markedby reforms to ensure that all measures to identify irregular migrants fully respect human rights law prohibiting discrimination, including ethnic profiling, and arbitrary deprivation of liberty.