Greece and the Arab World – editorial 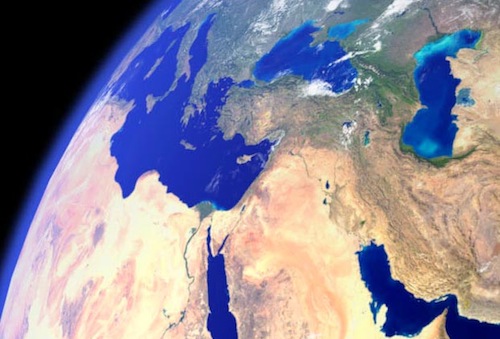 Greece is about to change. The Arab World is in transition. Attempts to reform the social, political and economic context are already happening. Unfortunately violence is still present. Inequalities, lack of freedom, social rights and free will are still evident in many cases.

Despite the differences between the dominant West and the Arab World, even the most conservative observer acknowledges peace, freedom and self-determination as core values of all peoples. Either they live on the West, East, Arab world or sub-Saharan Africa.

The right to life and self-determination are not subject to religious or social conventions.

If you run a survey amongst school children and make them draw the Globe, their view of the world would make them place their country in the middle. Around it, they would build the neighborhood, superpowers and other friendly or hostile foreigners. Later, when they become adults, some children continue to view the world in an ethnocentric way. Either they live in Greece and the Mediterranean or elsewhere.

On the other hand, it is not fruitful or wise to ignore grassroots values and history. This is the way we view the world, our perspective and prism through which we translate and categorise developments. This is a necessity in today’s world of money and messages.

At the same time, globalising information and communication technologies pushes things to the opposite direction. Transparency and accountability are key parametres of the second phase of internet growth that lines up with social networks. The mix is dynamic and challenges old categorisations and stereotypes, which along with financial interests ignite today’s fighting amongst peoples. The Arab world is a field of change that turns these considerations into opportunities, but also threats.

Alyunaniya.com does not intend to pick sides; we like to keep our balance in the way we view things.

We will cover developments, views and peoples’ concerns in the most neutral way. What we primarily wish for is to monitor change. After all, this is what the journalism business is all about: To locate, examine and present change in politics, the economy and society at large.

History note: The ancient people of the Middle East referred to the Hellenes as Yunan, deriving from Persian Yauna, itself a loan of Greek Ionia, the western coast of Asia Minor…