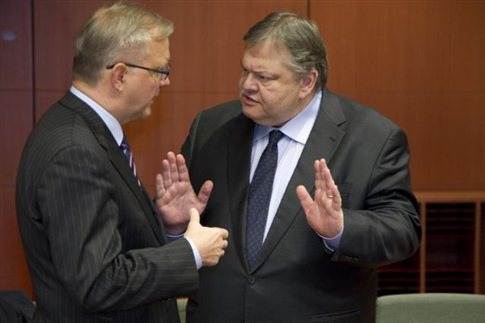 PASOK leader Evangelos Venizelos said Greece would face a big problem if the next government does not have at least 50 percent of the vote following next month’s elections, according to newsit.gr.

Venizelos pointed out to newsit.gr that three parties might need to join in a coalition government after the May 6 election.

Democratic Alliance leader Dora Bakoyannis said that she is willing to participate in a PASOK–ND coalition after the elections but under specific conditions.

On the other hand, she emphasises that her party, is the only party that has clearly stated that it is willing to enter a coalition.

New Democracy leader, Antonis Samaras, has insisted that his party will win an overall majority.

While the option of PASOK and ND cooperation after the elections seems most likely, recent polls have found that Pasok and New Democracy may not win the support required to form a two-party coalition, but they have also suggested that Bakoyannis’ party at the polls might not get the necessary support to enter the parliament.

Opinion polls put ND ahead of PASOK but indicate none of the two parties will win enough votes to rule independently, Kathimerini reported.