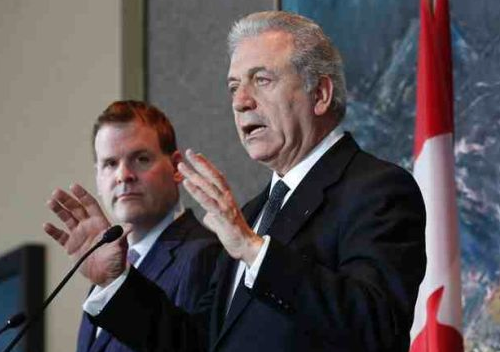 Four Lebanese citizens, and one each from Britain, Greece and Italy, were captured from Nigeria’s northern Bauchi state on February 16. All seven were employees of Setraco, a Lebanese construction company.

The Greek foreign ministry in an announcement said it believes its national is dead.

“The available information suggests that the Greek citizen, who was kidnapped on February 16 by a terrorist organization in Nigeria is dead. The Foreign Ministry has informed his family.”

An Italian foreign ministry statement said: “Our checks conducted in co-ordination with the other countries concerned led us to believe that the news of the killing of the hostages seized last month is true.”

Following reports of the deaths of hostages in Nigeria, the Foreign Secretary, William Hague, said:

This was an act of cold-blooded murder, which I condemn in the strongest terms.

Ansaru issued a communique saying it had killed the hostages because of attempts by Nigerian and British governments to free them.

The group published photos along with the statement that allegedly showed the bodies of all seven victims.

The Greek foreign ministry also said the “”Based on the information we have, there was no rescue operation nor any contact with the terrorist organization at any stage,” it added.

Ansaru has been linked to several kidnappings, including the May 2011 abductions of a Briton and an Italian working for a construction firm in Kebbi state, near the border with Niger, according to Al Jazeera.