Posted on: September 6th, 2012 by AlYunaniya Staff No Comments 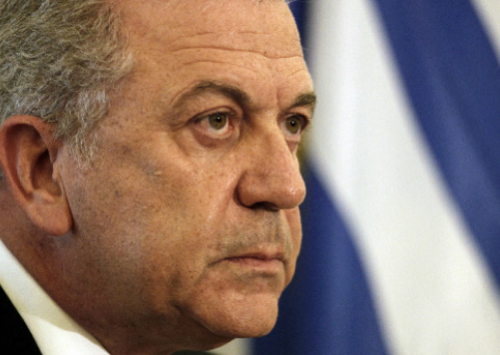 Foreign Minister Dimitris Avramopoulos is traveling to Cairo today as part of a four-member delegation that includes his counterparts from Italy, Cyprus and Malta.

“The Foreign Ministers will convey a message of EU solidarity with and support for the transition process that is under way in Egypt, as the Egyptian people make their way to democracy,” Foreign Ministry spokesman said. He added: “We think that the European Union needs to stand up and be counted in this transitional process and support this process – not in the sense of assistance, but in the sense of a self-evident investment it will make in an immediate and very important neighbour. We also believe that Egypt is a basic pillar of stability in the wider Middle East region and the Arab world, and that is why it is important for it to have the EU at its side every step of the way.”

In a statement earlier this year on Mursi’s election, Avramopoulos had welcomed the election of the first democratically elected Egypt, Mursi. “  Greece and Egypt are linked by historical ties. In the name of the security, peace and stability of our region, we will move ahead together, within the framework determined by international law, international agreements and the common interests of the two countries,” he added.