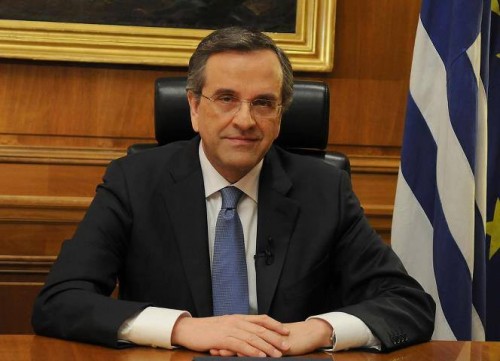 The cabinet reshuffle comes two days after junior coalition Democratic Left partner pulled out in protest over the sudden closure of state broadcaster ERT, downsizing the ruling majority in parliament.

The two-party coalition government now has a slender majority in parliament; it controls 153 seats of the 300 seats.

The number of ministries in Samaras’ cabinet was increased from 17 to 19.

Prime Minister Antonis Samaras sparked a crisis when he decided to abruptly shut down state broadcaster ERT on June 11, which is part of the Greek government’s unpopular austerity measures.

Meanwhile, the nearly 2,700 suspended staff at ERT have continued demonstrations in front of the main broadcaster center in Athens and offices in the northern port city of Thessaloniki.

The new cabinet is due to be sworn in Tuesday morning by President Karolos Papoulias during a ceremony at the presidential palace.