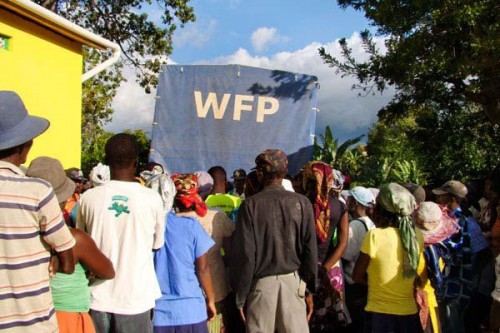 In addition to the 1.5 million people facing food insecurity, a further 6.7 million people in Haiti are struggling to meet their own food needs on a regular basis.

Before the hurricane season, which runs from June to November, the World Food Programme (WFP) had pre-positioned emergency supplies to cover the needs of 300,000 people for two days with ready-to-use food and for four weeks with staple food rations. The agency also had established agreements with 15 partners and had begun emergency distribution to 200,000 beneficiaries through schools in the worst-affected communities.

In a press briefing in Geneva, WFP spokesperson Elisabeth Byrs said the agency plans to assist 1.1 million people in 2013, more than half of them children, through school meals and specialized food to treat malnutrition.

Meanwhile, the National Coordination for Food Security identified 44 communes in Haiti where the prevalence of severe food insecurity was above 50 per cent of the rural population, and WFP said it is also providing come 34,000 vulnerable people in rural areas with income opportunities via cash for assets programmes.

However, Ms. Byrs noted that WFP urgently needs $ 17.2 million in funding to meet these needs, and added that the agency is currently facing a shortfall of $ 1.5 million to cover emergency preparedness.