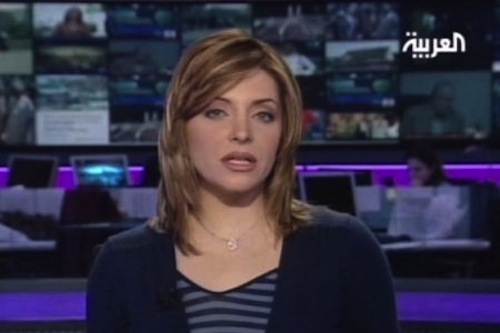 The Hamas authorities in the Gaza Strip should immediately revoke the summary closure of two media offices, Human Rights Watch said. Gaza officials’ allegations that the media offices had “fabricated” reports do not justify their closure under international law. The authorities’ refusal to provide the media offices with copies of the closure order impedes their ability to challenge the closures before the courts.

In a statement to the news media, Ismail Jaber, the Gaza prosecutor general, said on July 25, 2013, that he had ordered the closure of the Gaza offices of the regional broadcaster al-Arabiya and the Ma’an News Agency, a Palestinian outlet, because they had “fabricat[ed] news and diffused false rumors and baseless information, threatening civil peace and harming the Palestinian people and their resistance.” The two outlets had broadcast and published reports implicating Hamas in supporting the Muslim Brotherhood in Egypt.

“If the Gaza authorities think that these news outlets have misrepresented them, it should be easy enough to provide accurate information and debunk their stories, but they shouldn’t just shut down their critics,” said Tom Porteous, deputy program director at Human Rights Watch. “These actions do not square with Gaza authorities’ claims to respect media freedom.”

The prosecutor general closed al-Arabiya’s office “for distributing false news regarding the smear campaign against Hamas and Gaza about what’s happening in Egypt,” Agence France Presse reported on July 25, citing an unnamed Hamas official. Al Resalah, a pro-Hamas newspaper, quoted a Hamas spokesman, Sami Abu Zuhri, as stating that al-Arabiya “aims to distort the image of the Palestinian resistance by means of lying to the Egyptian people that the Palestinians are involved in the turmoil in Egypt.”

Egyptian officials and media have alleged that Hamas fighters helped senior members of the Muslim Brotherhood escape from Egypt’s Wati Natroun prison during the January 2011 uprising against Hosni Mubarak’s rule.

At about 4:30 p.m. on July 25, police detectives from the General Investigation Department arrived at the offices of al-Arabiya in the Rimal neighborhood of Gaza City and said that they had an order from the prosecutor general to close the office, that they would arrest anyone entering it, and that no one should remove any of its contents, al-Arabiya staff told Human Rights Watch.

“The detectives didn’t give us a copy of the order,” the bureau chief, Islam Abdul Karim, told Human Rights Watch. “We were surprised, but two days previously Hamas had issued statements against al-Arabiya, so maybe we shouldn’t have been.” He said that police detectives told him the closure order was “temporary” but did not say how long the office would be closed. Al-Arabiya had not yet decided whether to file a legal appeal against the order, he said. “First we will try to give diplomacy a chance,” he said. Eleven people work in the office.

Ma’an News reported that “officials from the Ministry of Information and security forces” closed its Gaza office and questioned its bureau chief there about a July 24 article. The article cited an Israeli news report that six Muslim Brotherhood officials from Egypt had “smuggled themselves into Gaza to plan an uprising against the [Egyptian] military” on behalf of deposed Egyptian president Mohamed Morsy, the head of the Egyptian Muslim Brotherhood’s political party. Ma’an News reported that it had complained to the office of Hamas prime minister Ismail Haniyeh and the Information Ministry.

Ma’an News quoted an unnamed Hamas official as saying the Gaza government had ordered its closure because it considered that the news agency “deliberately publishes false news reports seeking to incite against Gaza” and was “complicit with Egyptian media outlets in incitement against the Strip and making up lies to harm the image of Palestinian resistance.”

The prosecutor general said the closure orders against al-Arabiya and Ma’an News were “temporary,” but did not specify when the two media offices could reopen.

The prosecutor general also ordered police to close a Gaza media production company, Lens, because it had provided broadcast services to I24 News, a channel based in Israel. Human Rights Watch is investigating whether the closure violated the Gaza government’s pledges to uphold human rights norms.

The New York Times reported that a Lens employee had said the head of the Gaza government’s media office told him on July 25 that Lens was violating a government decision in January to bar Palestinians in Gaza from working with Israeli news organizations.

The Hamas-run Gaza government is not internationally recognized as a state and therefore cannot ratify international human rights treaties, but it has repeatedly pledged to uphold human rights standards, including freedom of the press.

Under human rights law, everyone is ensured the right to seek, receive, and impart information and ideas of all kinds. Governments may restrict the content of what the media can broadcast or print but only in narrow and clearly prescribed circumstances, for reasons of national security, public order, or public health or morals. The United Nations Human Rights Committee stated in a general comment that restrictions on the right to freedom of expression must be “provided by law,” may only be imposed for a legitimate reason, and must conform to the strict tests of necessity and proportionality.