Posted on: February 7th, 2013 by AlYunaniya Staff No Comments 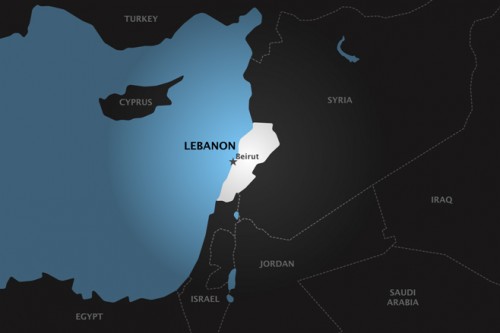 Lebanon failed to enact needed reforms in 2012 to stem abuse during arrest and detention, promote women’s rights, and protect migrants and refugees, Human Rights Watch said today at a news conference for its World Report 2013.

The Lebanese government should make a commitment to improve its human rights record in 2013, Human Rights Watch said. It should establish a mechanism to visit and monitor detention sites, as required under the Optional Protocol to the Convention against Torture, which it ratified in 2008, and amend laws that discriminate against women in citizenship, access to divorce and child custody. It should also continue its open border policy so those fleeing Syria can safely enter Lebanon, and maintain a policy of not deporting anyone to Syria while the conflict there continues. The government should stop detaining Syrian or other refugees for being in the country illegally.

Lebanon has had an influx of Syrians escaping the crisis in their country. By mid-January, 151,602 Syrian refugees had registered with UNHCR, with an additional 67,061 waiting to be registered. Registration does not grant Syrians legal status, only a right to receive assistance. As a result, they are at risk of detention and possibly deportation. While it has kept its borders open, Lebanon deported 14 Syrians to Syria in August, four of whom said they feared persecution there. Local media reported however, that in January, Minister of Social Affairs Wael Abou Faour said that the Lebanese government would not deport any refugees back to Syria.

“Candidates for the 2013 elections should make clear where they stand on key human rights issues, and how they intend to follow through.”

In its 665-page report, Human Rights Watch assessed progress on human rights during the past year in more than 90 countries, including an analysis of the aftermath of the Arab uprisings.

The willingness of new governments to respect rights will determine whether the Arab uprisings give birth to genuine democracy or simply spawn authoritarianism in new clothes, Human Rights Watch said.