Indonesia shows it is possible to learn from disasters 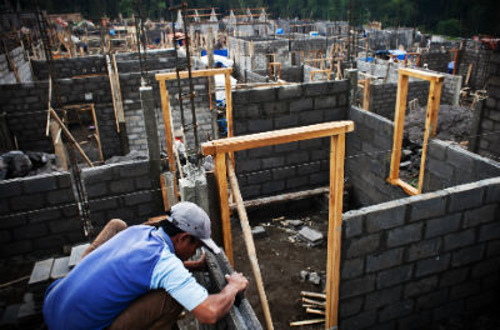 Hurricane Sandy has ravaged the eastern coast of the United States, killing and causing widespread damage, but perhaps the most tragic experience in matters of natural disasters has been that of Indonesia.

In 2004 Indonesia lost over 200,000 people when the tsunami hit Aceh. A few months later, Nias was devastated by an earthquake. A little more than a year later, over 6,000 people in Java lost their lives in earthquakes and tsunamis. In 2010, Mount Merapi erupted, destroying houses and habitats barely recovering from the last disaster.

Nevertheless, Indonesia’s reaction is impressive: these deadly natural disasters have reshaped Indonesia’s approach to disaster response and preparedness, and made communities more resilient. Months after the tsunami struck, the Government of Indonesia established the Multi Donor Fund for Aceh and Nias (MDF) to coordinate donor support for the reconstruction and rehabilitation of Aceh and Nias. Donors pooled $655 million in grant funds with the World Bank serving as Trustee.

The MDF portfolio followed a phased approach designed to meet the changing needs of disaster survivors throughout the recovery process: first rebuilding houses and communities, then focusing on infrastructure, and finally laying the foundations for economic growth. The program was led by government, but communities had major input in the process. Environmental sustainability, gender, capacity building and disaster risk reduction were important cross-cutting elements of the MDF program throughout its life cycle.

The MDF also established a replicable model for disaster response which was quickly put to the test in Java in 2006. The Java Reconstruction Fund (JRF) was set up along the same lines as the MDF. As in Aceh, the JRF was a government-led partnership with multiple donors. It also followed a phased approach with strong community input. And it was also a success. Houses and communities were restored. Livelihoods were re-established with provision of skills training and access to finance. The JRF even restored lost assets to viable firms so that they could re-establish themselves.

By the time Mount Merapi erupted in 2010, the JRF was well-positioned to take on the job of recovery. The program was expanded to include the victims of the volcano. Having the JRF framework in place meant that the recovery was quick and efficient.

Indonesia’s experience holds promise for any country at risk of natural disasters. On November 12, it will hold the ‘MDF & JRF International Closing Conference’, a  major international conference to share the knowledge and experience learned during the years. The lessons, of a costly and painful recovery from horrifying disasters, will ensure that a legacy of resilience and preparedness will endure into the future.