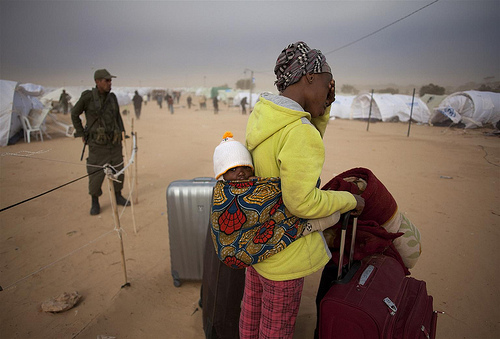 After a period of brutal violence and economic collapse in Mali, access was now stable enough so that aid, if adequately funded, could help hundreds of thousands rebuild their lives, a top United Nations humanitarian official said after a visit to the West African country.

“The people of Mali have suffered appallingly. Now is the time for us to help,” John Ging, Director of Operations for the Office for the Coordination of Humanitarian Affairs (OCHA), told correspondents in New York.

The latest humanitarian appeal for Mali seeks $373 million, including $153 million for the most urgent interventions in the next six months. However, only $17 million has been received so far, Mr. Ging said.

He stressed that security and humanitarian access had improved, which should erase doubts that aid would be effective at this point, including the necessary development aid that could restore people’s ability to support themselves.

“We are there, faced very directly with the immediate needs, with the urgency,” he said, adding, “Not only is the need there, but also the very real opportunity to turn things around.”

Northern Mali was occupied by radical Islamists after fighting broke out in January 2012 between Government forces and Tuareg rebels. The conflict prompted the Malian Government to request assistance from France to stop the military advance of extremist groups.

Mr. Ging said that since the conflict began in January 2012, more than 430,000 people have been displaced – more than 260,000 internally and more than 170,000 having fled as refugees to neighbouring countries.

In addition to disrupting the lives of those who fled, this has left health clinics short of doctors, schools without teachers and electricity plants without engineers, he said.

During his four-day visit, during which he visited the historic city of Timbuktu and the central town of Mopti in the north, Mr. Ging said community representatives emphasized to him that they did not want to become dependent on international aid but were seeking basic support.

“These are dignified people who are not asking for much,” said Mr. Ging, specifying that, in the North, people wanted security, schooling for their children, health services, reopened markets and to be able to sow their crops on time.

Conveying his impression that much of the population was traumatized by events of the past year, as well as reports of rape and brutalities against children, he said that education seemed to be a huge priority for most people.

“This is the issue that energized and caused the most animation in everybody we met,” he said, pointing out that 700,000 children were affected by the crisis and that 200,000 had not had any schooling in the past year.

Describing his visits to two hospitals, he confirmed shortages of supplies and services. He also said that restoration of livelihoods was a priority as Mali suffered from the long-term food and nutritional crisis that was afflicting much of the Sahel region of Africa, with 585,000 people in need of immediate food assistance and a million more at risk.

He said that most people were preoccupied with restoring their ability to feed themselves and that development assistance was critical for that purpose. “Their preoccupation must become our preoccupation,” he stressed.

Also yesterday, the UN Children’s Fund (UNICEF) appealed for $45 million in urgent funding to address the basic needs of women and children affected by the crisis, for the next three months, underlining the vulnerability of those two parts of the population.

“There have been instances of recruitment of children by armed groups, threats from unexploded ordnance, gender-based violence and a heavy impact on the education provision for this generation of children,” the agency said in a press release.

“Without funding, UNICEF will be unable to continue its support to life-saving interventions for internally displaced persons (IDPs) and host families and communities, as well as refugees,” it said.