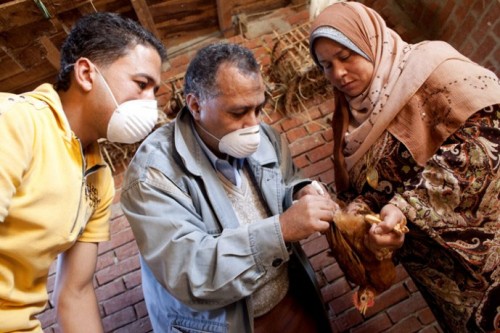 The number of people killed by the new strain of bird flu virus in China continues to rise and has now reached 14 according to the World Health Organization (WHO).

At least 63 people have been infected by the virus also known as H7N9.

WHO says more than 1,000 people who have been in contact with the confirmed cases are being closely monitored, although there has been no confirmation that the virus was spreading from one person to another.

The source of the virus remains unknown although some birds including chickens have tested positive for the virus.

An international team of scientists is expected in China later this week to assess the situation and advise on the way forward.

Glenn Thomas is a spokesperson for WHO.

“China has invited a team of international experts to carry out a one week joint assessment of the H7N9 situation in the country. The team will assess the outbreak and response to guide further prevention and control measures. Members include Chinese experts on epidemiology, laboratory tests and clinical treatment as well as experts and officials from the US, the EU, Australia and WHO.”

WHO says until the source of infection has been identified, it is expected that there will be further cases of human infection with the virus in China.

The UN health agency is currently not recommending that any travel or trade restrictions be applied to China.