Investigations into killings of journalists in Russia, Somalia and Mexico 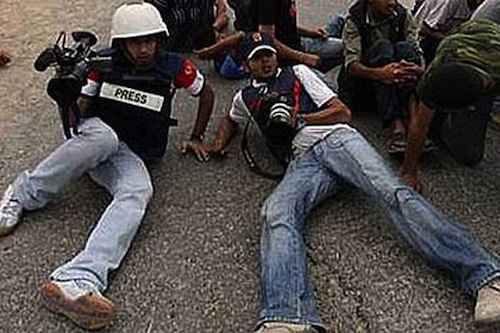 The head of the United Nations agency tasked with defending press freedom has called for the recent killings of journalists in Russia, Somalia and Mexico to be thoroughly investigated and the perpetrators brought to justice.

“Journalists must be able to carry out their work safely as they play an essential role in ensuring that a well-informed public can exercise its democratic rights,” stated Irina Bokova, Director-General of the UN Educational, Scientific and Cultural Organization (UNESCO), who deplored the killings and voiced deep concern about the safety of media professionals in these countries.

On Tuesday, Akhmednabi Akhmednabiyev, deputy editor of the Novoye Delo weekly newspaper, was shot dead in his car near his home on the outskirts of Makhachkala, the capital of Dagestan province.

Akhmednabiyev, the second journalist to be killed in Russia this year, survived an assassination attempt in January and had received numerous threats to his life, UNESCO said in a news release.

“Using violence to silence journalists who inform society about the problems it is facing does not make those problems go away; it simply reduces a society’s ability to tackle them,” said Ms. Bokova. “I therefore trust that the authorities will spare no effort to bring to justice those responsible for a crime against a man and a profession that is important for democracy.”

The killing of Liban Abdullahi Farah on 7 July has once again highlighted concerns about the safety of journalists in Somalia, which continues to be one of the most dangerous places in the world to be a media professional.

“This killing marks another black day for journalists trying to carry out their professional duties in Somalia,” stated Ms. Bokova. “All too many media workers in the country have paid with their lives for our right to be kept informed. I pay tribute to their dedication and call on the authorities to spare no effort to stop these killings.”

Farah, a reporter for Bossasso-based Somali Broadcasting Corporation (SBC) and London-based Kalsan TV, was killed when three unidentified assailants opened fire on him in the Barahley neighborhood of Galkayo town.

Bokova also called on the Mexican authorities to investigate the death of Mario Ricardo Chávez Jorge, a journalist for El Ciudadano newspaper. His body was found in the state of Tamaulipas near the United States border on 26 June – two weeks after he was abducted as he was leaving a cinema with his family in Ciudad Victoria.

“It is important that the authorities investigate this killing and bring those responsible for it to trial,” said the Director-General.