Posted on: May 27th, 2012 by AlYunaniya Staff No Comments 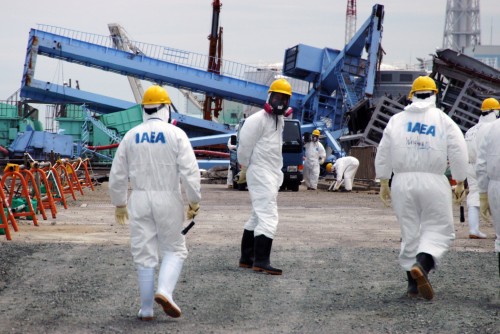 Iranian State TV reported on Sunday that Iran intends to build a new nuclear power plant, next to its only existing one in the southern city of Bushehr, by early 2014, quoting the head of the country’s Atomic Energy Organization Fereydoon Abbasi Davani.

The announcement comes in the wake of nuclear talks in Baghdad on May 23-24 between six world powers and Iran known as P5+1 (Britain, China, France, Russia and the United States plus Germany).   Those talks collapsed but have agreed to meet again in Moscow on June 18-19.

The existing Bushehr nuclear plant was started by German engineers in the 1970s before Iran’s Islamic Revolution and was completed by Russia, which supplies fuel for it and helps keep the facility running, according to Reuters.

Tehran insists that it has no reason to suspend its enrichment of uranium to 20 percent, one of the key demands of world powers on Wednesday and Thursday in Baghdad, as it stated that it produces only as much of the 20 percent fuel as it needs.

Meanwhile, the United Nation’s nuclear watchdog has failed to convince Iran of the need to inspect a military base suspected of housing nuclear weapons’ experiments, Iranian media quoted the head of country’s atomic agency as saying on Saturday.

“The reasons and document have still not been presented by the agency to convince us to give permission for this visit,” the head of the Atomic Energy Organization of Iran, Fereydoun Abbasi-Davani said. Tehran denies accusations that it is developing atom bombs, and insists it’s for peaceful means.