Posted on: August 18th, 2012 by AlYunaniya Staff No Comments 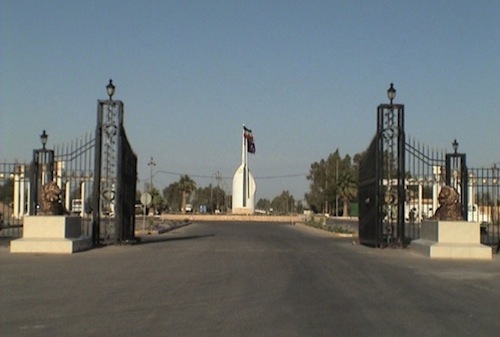 The United Nations top official in Iraq hailed the announcement of a further transfer of Iranian exiles currently located in a camp outside of the capital, Baghdad.

“I welcome the announcement that the next group of 400 residents are willing to commence the move from Camp Ashraf to Camp Hurriya immediately after the Eid holiday,” the Secretary-General’s Special Representative for Iraq, Martin Kobler, said in a news release issued by the UN Assistance Mission for Iraq (UNAMI), which he also heads.

A Muslim holiday marking the end of the month of fasting known as Ramadan, Eid al-Fitr is observed on Monday in various countries around the world.

In line with a memorandum of understanding signed in December by the UN and the Iraqi Government, some two-thirds of the residents, or nearly 2,000 people, have been relocated from Camp Ashraf – now known as Camp New Iraq – to a temporary transit location near Baghdad, known as Camp Hurriya, where a process to determine refugee status is being carried out by the Office of the UN High Commissioner for Refugees (UNHCR).

Close to 1,300 individuals – Iranian exiles, many of whom are members of a group known as the People’s Mojahedeen of Iran – are still awaiting transfer from Camp Ashraf to the transit centre.

“I request the Government of Iraq to be generous with regard to the humanitarian needs of the residents,” Kobler said. “I also reiterate my appeal to Member States to accept the residents for resettlement in their countries.”

In addition to Kobler, Secretary-General Ban Ki-moon has also previously urged all parties to avoid violence and work together to peacefully conclude the transfer of the remaining Iranian exiles.

The UNAMI news release also noted that there has been continuous progress in efforts to improve the living conditions in Camp Hurriya.

“The United Nations continues to support a peaceful solution to the issue of Camp Ashraf, continues to monitor the relocation process, and provides 24/7 monitoring in Camp Hurriya,” the Mision stated, adding that it calls upon the remaining residents of Camp Ashraf to “also start preparations for additional convoys to Campy Hurriya, in order to peacefully complete the relocation process.”