Israel agrees to ceasefire during visit by Egypt’s PM 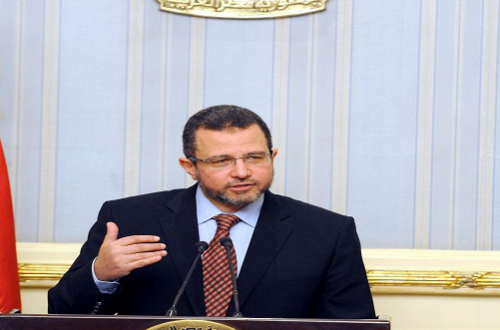 Israel has agreed to halt its offensive action in the Gaza Strip during a three-hour visit by the Egyptian prime minister to the territory on Friday provided militants also hold their fire, a senior Israeli government official said.

“Prime Minister Benjamin Netanyahu has agreed to an Egyptian request to cease all offensive operations in Gaza during the visit of the Egyptian prime minister there this morning, which is supposed to last for about three hours,” the official said according to Reuters.

Egypt’s PM Hisham Kandil arrived in Gaza on Friday morning, accompanied by a number of aides to the Egyptian President to explore the possibility of brokering a ceasefire.

However, the temporary truce comes after the Palestinian territory suffered heavy bombardment for a third day straight , with Israeli warplanes carrying out multiple new air strikes on the Gaza Strip, early on Friday.

The Israeli army said it had carried out 466 air strikes since it launched “Operation Pillar of Defence” on Wednesday afternoon with the targeted killing of Hamas commander Ahmed Jabari, according to AFP. The army added that 11 rockets had been fired from Gaza at Israel overnight, increasing the total to 280 rockets since Wednesday afternoon.

Gazans are concerned that a ground assault remains a possibility as troops and tanks massed near Israel’s southern border with the Palestinian territory as Israel has given the green light to the call-up of up to 30,000 army reservists.

Meanwhile, Egypt’s new Islamist president, having recalled its ambassador to Tel Aviv in reaction to ongoing Israeli aggression against the Gaza Strip, Cairo is now attempting to mediate a negotiated truce between Palestinian resistance group Hamas and Israel, according to state-run Al Ahram.

On Thursday, Cairo called on the US government to urge Israel to be more responsive to truce proposals. The US, however, has not made any promises to pressure Israel in this regard.