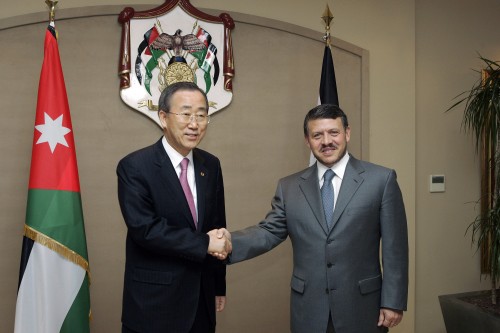 The new government, the smallest in Jordan in more than four decades, is comprised of four ministers from Ensour’s outgoing government who stayed on. The Cabinet also includes nine first-time ministers, and five who have served in previous governments.

The Cabinet also includes one woman, Reem Abu Hassan, a women’s rights activist who will serve as Social Development minister, according to Jordan times.

Jordan’s parliament voted earlier this month for the monarchy’s caretaker prime minister to form a new cabinet, the first time in the country’s history that head of government is decided by the legislature rather than the king. The task was previously the king’s prerogative.

Abdullah Ensour, was selected as part of a reform program prompted by recent uprisings in the Arab world.

Abdullah has vowed a gradual transfer of some of his powers to parliament.

The Cabinet must still win a parliamentary vote of confidence, according to AP.

Jordan’s  suffers a financial crisis which has been deepened by a decline in Gulf aid and  by a flood of refugees from the two-year-old civil war in neighbouring Syria.