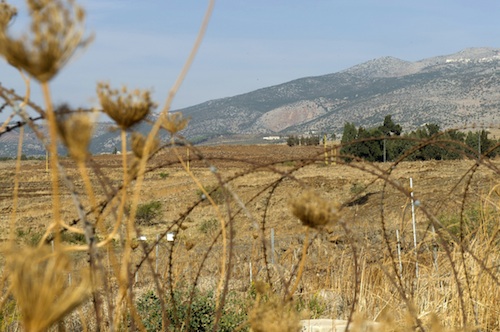 The European Commission has today adopted a decision to provide additional financial support to Lebanon to mitigate the impact of the Syrian crisis in the country.

Commissioner for Enlargement and European Neighbourhood, Policy Štefan Füle, said: “Lebanon receives the highest number of people fleeing from Syria – Syrians as well as Palestine refugees from Syria – and we know that it puts this country under enormous strain. The hospitality and generosity displayed by the Lebanese towards their neighbours is admirable and commendable. The EU remains committed to assisting Lebanon in its response to the refugee crisis”.

At the same time, he welcomed Lebanon’s comprehensive response plan to deal with the refugee crisis and conveyed the EU´s appreciation of the fact that Lebanon keeps its borders open to people fleeing the violence in the neighbouring country.

The European assistance will focus on capacity building in Lebanese institutions to deal with the crisis, improving access to educational and early childhood development services for both Syrian refugees and those Lebanese communities hosting refugees often in their own homes, empowering local communities socially and economically, strengthening existing structures for the care of children and other vulnerable groups and providing support to Palestine refugees from Syria.

Out of the €30 million announced today to help Lebanon to cope with the refugee crisis, €5 million would be designated for Palestine refugees from Syria.

The additional €30 million brings the total amount of financial assistance offered by the European Union to Lebanon in relation to the Syrian crisis to more than €90 million in humanitarian and non-humanitarian aid.

Through this special measure the European Commission will contribute, in line with the priorities of the Government of Lebanon Response Plan to the Syrian Crisis, to alleviate the medium and longer term needs of both refugees from Syria and host communities in areas in Lebanon with high refugee concentrations.

The European Union continues to look for possibilities of providing further resources to assist and support Lebanon in these challenging times.

While being the smallest of Syria’s neighbouring countries, Lebanon hosts the highest number of refugees. By the last week of March it had received more than 400,000 Syrian refugees, as well as an estimated 40,000 Palestine refugees from Syria.

The EU, with Member States, is the biggest donor of assistance to Syrian refugees both in Syria and in neighbouring countries and has provided almost €580 million of support since the beginning of the crisis.

So far EU support to the consequences of the Syrian crisis in Lebanon is mainly implemented through UN agencies in the country, and goes both to emergency humanitarian response and to alleviate the medium and longer term needs of both refugees and Lebanese host communities which are predominantly in the poorest and most neglected regions of the country.