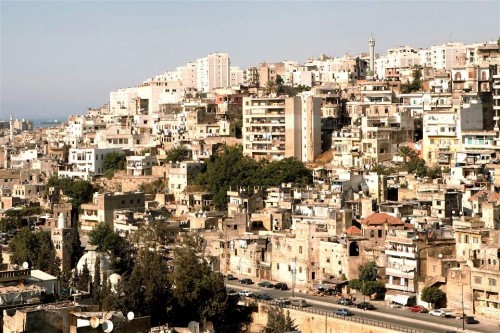 United Nations Secretary-General Ban Ki-moon and the Security Council on Friday strongly condemned two bomb explosions in the north Lebanese city of Tripoli and urged that those responsible be brought to justice.

The blasts, outside two mosques following Friday prayers, killed at least 42 people and wounded more than 400.

“The Secretary-General calls on all Lebanese to exercise restraint, to remain united, and to support their State institutions, particularly the security forces, in maintaining calm and order in Tripoli and throughout the country, and in preventing the recurrence of such destructive actions,” Mr. Ban said in a statement attributable to his spokesperson.

Calling the attacks “cowardly”, Mr. Ban reiterated the determination of the international community to support Lebanon’s security and stability.

The UN chief, and the Security Council in a separate statement, extended their condolences to the families of those killed and the Government of Lebanon, and wished well those injured.

The 15-member Council also appealed to all Lebanese people to “preserve national unity in the face of attempts to undermine the country’s stability”.

The Council stressed the importance for all Lebanese parties to respect Lebanon’s policy of disassociation and to refrain from any involvement in the Syrian crisis, consistent with their commitment in the Baabda Declaration.

Issued during a National Dialogue meeting in June 2012, the Baabda Declaration calls for keeping Lebanon in the face of regional tensions and crises. The Declaration is named after the Baabda Presidential Palace, where the meeting was held.

In its statement, the Security Council condemned the attacks as acts of terrorism, and reiterated the need to combat such acts in accordance with the Charter of the United Nations and all obligations under international law.