Little support for US intervention in Syrian conflict – survey 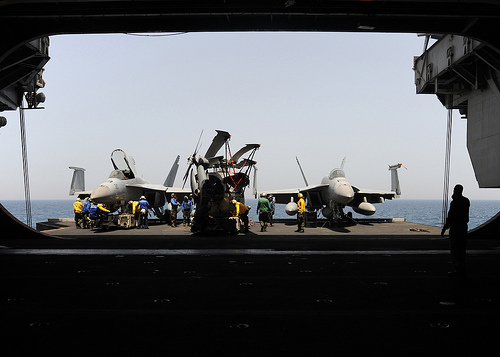 There is strong public sentiment against the United States intervening in the fighting in Syria between government forces and anti-government groups. Nearly two-thirds (64%) say the United States does not have a responsibility to do something about the conflict in Syria, while 25% say the U.S. does have a responsibility to intervene, according to a survey by Pew Research Center.

Opposition to US involvement in Syria crosses party lines. Majorities of Republicans and Democrats say the US does not have a responsibility to get involved, and reject airstrikes or the shipment of arms to anti-government forces. Fully 62% oppose bombing the Syrian military and 63% are against sending arms and military supplies to those fighting the government of President Bashar al-Assad.

Current views about possible US involvement in Syria are similar to opinions about the prospect of US military action in Libya last year, shortly before the U.S. and its allies launched air strikes in support of anti-government rebels.